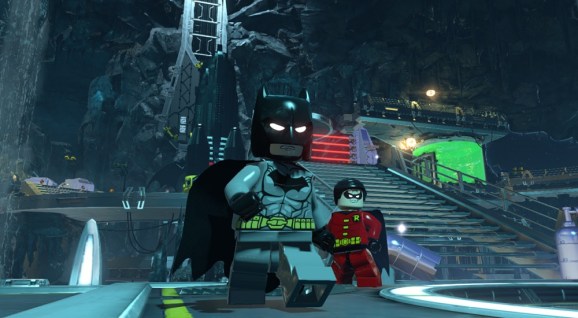 Warner Bros. can’t kick its Lego addiction. The movie company’s game division is announcing Lego Batman 3: Beyond Gotham as its next entry in the ongoing Lego superhero franchise.

TT Games, the veteran studio that has created about 25 Lego games to date in an outrageously popular series, will build the new game in cooperation with The Lego Group, which is riding high on the success of The Lego Movie. (Yes, everything is awesome!). This game, which will be playable at the upcoming Electronic Entertainment Expo (E3) conference in June, is aimed at extending Lego’s virtual dominance of the kid-parent territory of video games.

Warner Bros Interactive Entertainment will publish the game this fall on the Xbox One, PlayStation 4, Wii U, Xbox 360, PlayStation 3, 3DS, PlayStation Vita, and the Windows PC. Overall, the Lego games have sold more than 100 million units worldwide, or roughly $6 billion worth at retail. 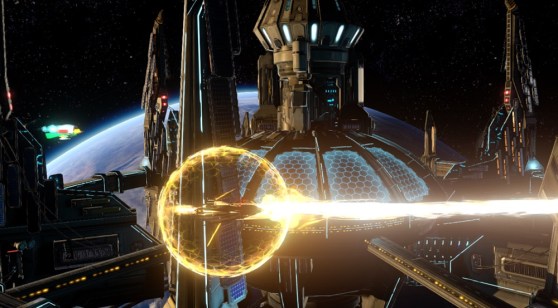 This game takes Batman and Robin outside of Gotham City into new environments like outer space. One of the battles takes place around a space station, where Batman hops into a spaceship and fights off enemies in a hybrid 2D-3D platform, akin to the Defender arcade game. Two players can join in that action.

Arthur Parsons, the lead game designer at TT Games on the project, said in a press briefing that “We’re excited to get back to our favorite franchise. We haven’t seen Batman and Robin quite like this before. But it’s also going to focus on the Justice League and the Legion of Doom. We’ve imagined what it’s like to be in space as a superhero.”

Lego Batman 3 comes on the heels of Lego Batman: The Videogame (2008) and Lego Batman 2: DC Super Heroes (2012). Like the others, this game seeks to appeal to all ages with cute comic book antics for the kids and insider jokes that parents will get. 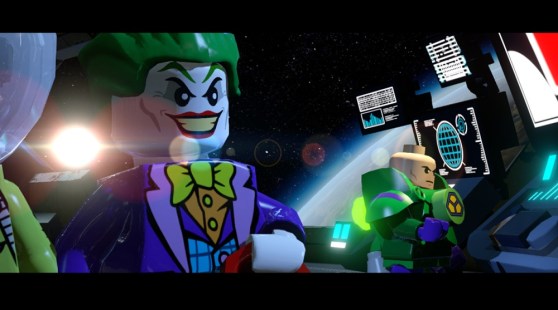 Above: Lego Batman 3’s bad guys include The Joker (of course) and Lex Luthor.

Parsons said the game picks up where Lego Batman 2 left off, when Brainiac offered a clue as to what would come next. In a demo, he showed a sequence with Batman and Wonder Woman together, dealing with the Legion of Doom as it attacks the Justice League Watchtower. The game has a gadget wheel that you can use to choose different capabilities and gadgets that the characters can use to solve Lego puzzles. You can put on new suits that help the characters solve problems. Robin, for instance, has an illumination suit that helps him see things that aren’t otherwise visible in the environment.

You can go into the Bat Computer to try out different virtual world experiences in different places within the DC universe. It has plenty of silly parts, like turning a superhero into a washing machine so that the hero can walk past villains undetected. 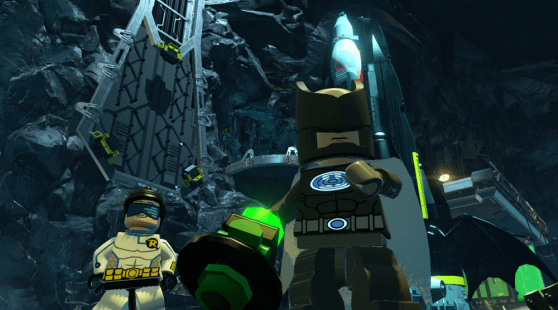 “We’re doing new things within this fabulous brand that you get to play with,” Parsons said.

In this installment, Batman joins forces with other superheroes from the DC Comics Universe to stop the evil Brainiac from destroying Earth. From outer space, Brainiac uses the power of the Lantern Rigs to shrink worlds and add to his twisted collection of worlds from across the universe.

Players can unlock more than 150 unique DC characters, including Lego big figures such as Killer Croc, Solomon Grundy, and more. All of the characters are upgradeable.

Fans will be able to control both heroes and villains with new gadgets and abilities. Locations  include The Hall of Justice and the Batcave. You can access Batman’s training modules on the Bat Computer and take part in challenges, battles, and races. 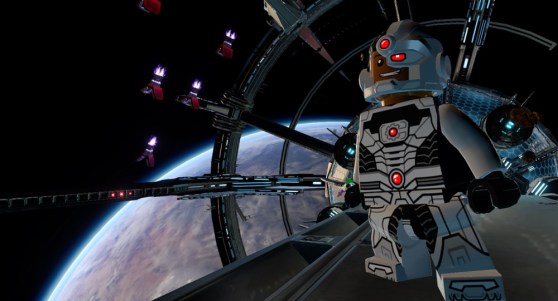 Above: A cyborg in Lego Batman 3: Beyond Gotham