A Wall Street Journal article recently proclaimed that “Augmented Reality Is Finally Gaining Traction.”  Though AR and similar technologies such as gestural control are gaining traction with brands and customers, why has AR been unable to attract major investment capital to date?

Gartner’s Hype Cycle is one method to track emerging technologies and where they typically raise investment. If you’re not familiar with Gartner’s Hype Cycle, you can view any and all information on the hype cycle on Gartner’s site here. Below is a graphic of the Hype Cycle and relevant milestone definitions. 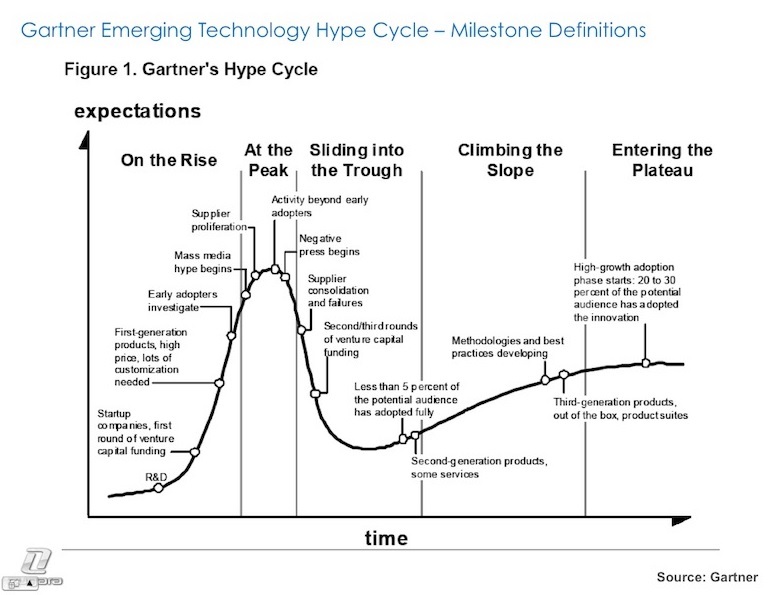 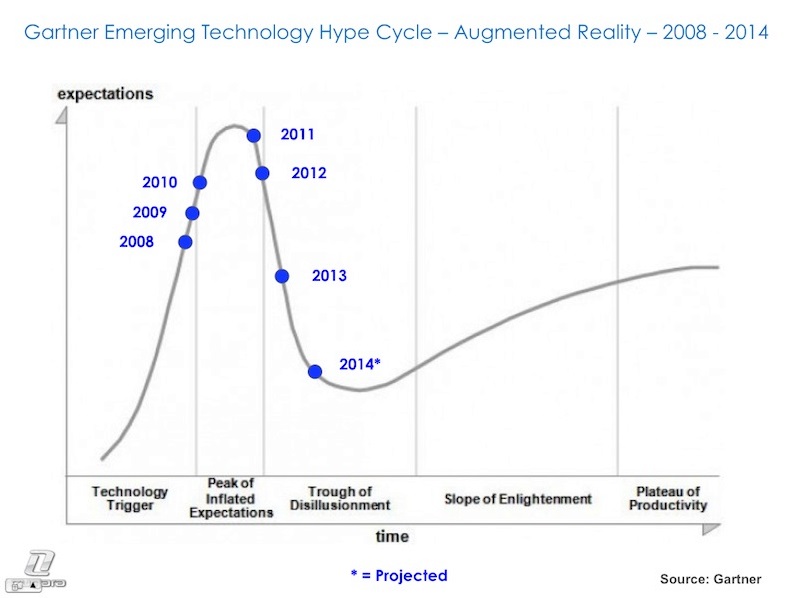 AR has gone through its “PR Cycle,” and now companies are taking advantage of next-generation technologies to build more powerful AR platforms. What doesn’t sync with augmented reality’s position on Gartner’s Hype Cycle are two triggers that generally happen when companies slide down from the Peak of Inflated Expectations — Industry Consolidation and Second/Third Rounds of Venture Capital Financing.

For comparison, cloud computing’s positioning from 2008 – 2013 is also featured on Gartner’s Hype Cycle below. 2014 is also projected positioning. 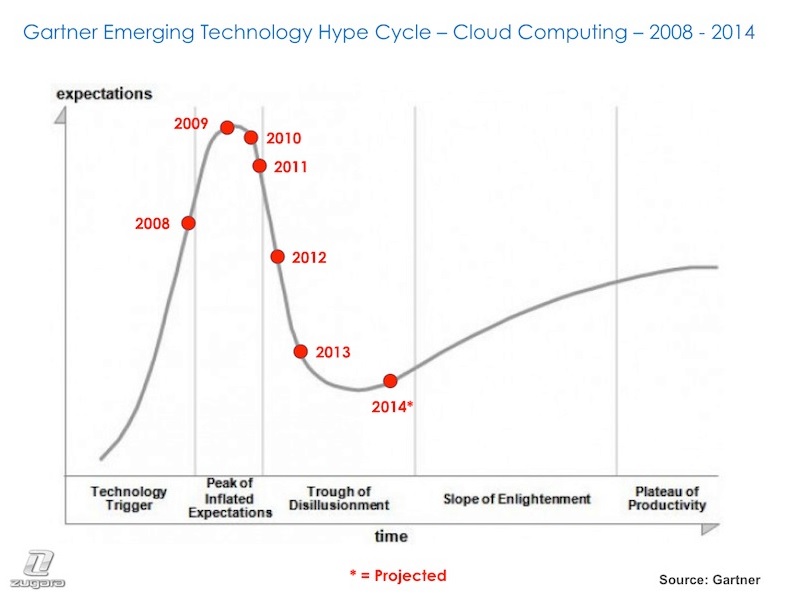 Cloud computing technology has been deployed by larger tech players (Amazon, Rackspace, Cisco, etc.), features a diverse ecosystem of well-funded startups, and even has the Bessemer Ventures Cloud Computing Index tracking the leading public cloud computing companies. Though cloud computing has still been thought of as a fad, it’s clear that cloud computing is attracting massive amounts of venture capital.

Where things get interesting (and somewhat confusing) is when you match up augmented reality against cloud computing on Gartner’s Hype Cycle (below). 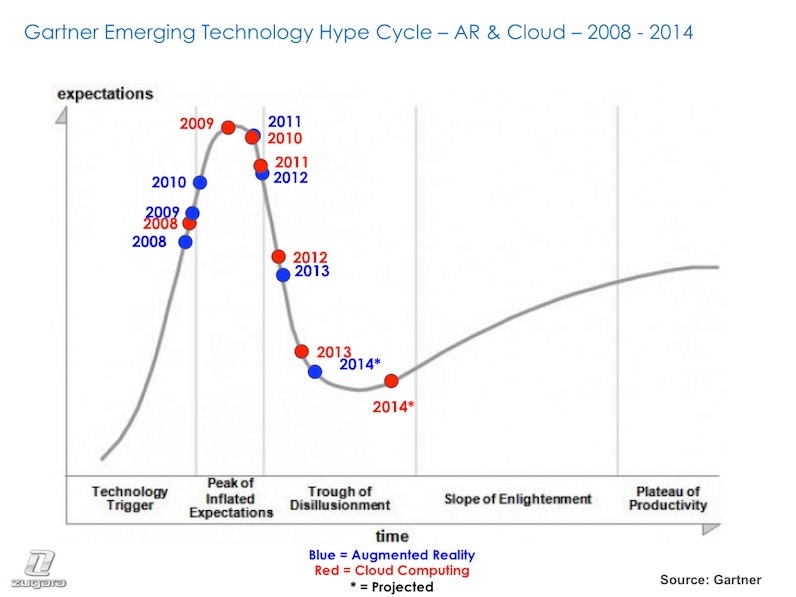 The data from Gartner highlights a few interesting observations:

With AR & cloud computing having similar trajectories on the Hype Cycle (after their Peak position), why has AR struggled to attract capital investment to date? Here are a few thoughts:

Augmented reality shows numerous parallels to the social media space: early technology that had promising engagement data but lacked conversion data, a technology with a few platforms but an underdeveloped ecosystem, “social media will change the world” hype, and so on. But social media has evolved along with a diverse technological ecosystem, and if there’s one area that’s been critical to social media “value,” it’s been social media data and analytics.

Augmented reality technology and platforms will evolve in the same way. As AR platforms continue to gain adoption, they will provide access to invaluable data. Visual data and behavioral response data are just a few forms of data that AR can provide that will be critical for next-generation data analysis. The few VCs that can see “the forest for the trees” understand how valuable this data will be and have placed their bets accordingly.

Matt Szymczyk is CEO and founder of Zugara, a Los Angeles-based augmented reality company focused on multi-channel retail. Since 2008, Zugara has been developing augmented reality retail solutions for the web, events, and in-store retail.