Game Insight, a mobile game publisher that grew up in Moscow, has jumped ship and moved its headquarters to Vilnius, Lithuania.

It might seem like a logical move, considering the potential for disruption of business in Vladimir Putin’s Russia as a result of the Ukraine crisis. But Game Insight isn’t saying that it is leaving Russia for that reason. And, of course, it would be very wise to keep any such opinion to itself. 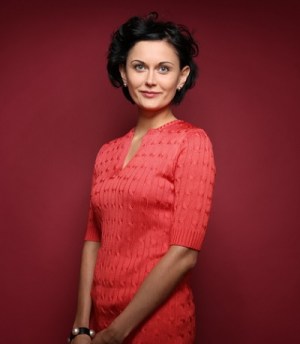 We’re not assuming that leaving Russia for Vilnius is related to Putin. But the Ukraine crisis has disrupted a number of game companies, or at least made them nervous. Casual Connect Eastern Europe, a game conference that has been in Kiev for years, recently moved its location to Belgrade, Serbia, because of the troubles in the Ukraine. The Ukraine has a large number of game companies, including a big studio for Wargaming.net, the maker of World of Tanks.

The makers of the Metro series also talked about making games during the Ukraine crisis.

Game Insight’s new headquarters will be responsible for all international operations, marketing and game development management as well as for platform communications and business development in all regions of the world.

“The moving of Game Insight office to the EU country is intended to consolidate Game Insight positions as a global company as well as to strengthen its presence in Europe, one of the key markets. It’s a very important step for us, and I will personally lead the development of the headquarters in Vilnius”, said Alisa Chumachenko, the founder and the CEO of Game Insight, in a statement.

Arvydas Arnasius, the managing director at Invest Lithuania, praised Game Insight for the move and voiced his hopes that Vilnius will become a gaming hotspot.

“We are pleased that one of the leading mobile game developers in the world chose Vilnius as the location for its new headquarters,” he said. “It only proves Lithuania’s attractiveness to game developers with its availability of talented developers; state-of-art ICT infrastructure; business-friendly environment as well as favorable location between Eastern and Western markets.”

Game Insight was founded in 2010, and it has more than 250 million players for its games such as Cloud Raiders and Transport Empire.