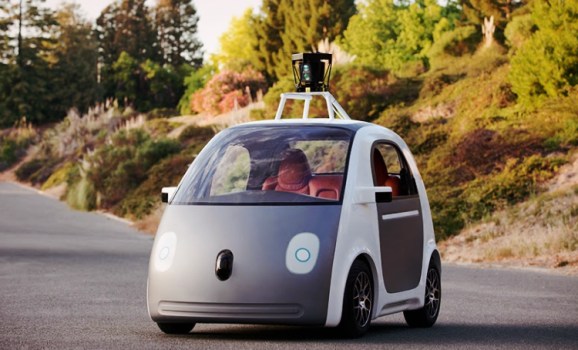 Updated 1:37 p.m. Pacific with comments from the president of Liberty and Yellow Cabs.

Updated 7:02 a.m. Pacific May 30 with corrected user stats from Uber.

First, Google unveils a driverless car. Then, Uber chief Travis Kalanick says driverless cars are the future and drivers are not.

How do you think leaders of the taxi industry feel about this?

“So much for being an Uber ‘partner,'” said Taxicab, Limousine & Paratransit Association CEO Alfred LaGasse in an email to VentureBeat. “Kalanick’s comment displays the same lack of consideration for people that Uber has shown when it comes to public safety in its transportation business.”

Google says it may partner with Uber on this, and goodness knows Uber has set one of the worst examples when it comes to public safety and accountability. An essential part of Google’s development should involve adhering to safety standards in the public transportation space.”

Driverless cars could be a huge bust and be Google’s undoing if they turn out to cause major accidents, or it could be a huge success that will change society as we know it. The likelihood is it will be somewhere in between, and that will mean that everyone, the taxi industry included, will adjust to it.

According to Bill Yuhnke, the president of Liberty and Yellow Cabs in Buffalo, New York [emphasis ours]:

I’m a huge fan of innovation, but let’s slow down for a second. The age of driverless cars is still a long way off. And until that moment arrives, you still need a safe driver to get you from here to there. And believe it or not, people like to talk with taxi drivers, and taxi drivers like to talk with passengers. It will surely be a different experience if we ever remove the driver completely from the equation, and I’m not sure that’s a totally safe or good thing. Only time will tell.

Speaking onstage at this week’s Code tech conference, Kalanick noted that drivers drive up the price of Uber rides. “The reason Uber could be expensive,” said Kalanick, “is because you’re not just paying for the car — you’re paying for the other dude in the car.”:

When there’s no other dude in the car, the cost of taking an Uber anywhere becomes cheaper than owning a vehicle. So the magic there is, you basically bring the cost below the cost of ownership for everybody, and then car ownership goes away.

Kalanick appears to believe that driverless cars won’t just rattle the taxi and limousine business — they’ll also kill car ownership entirely. Uber tells VentureBeat that it serves “over 137 million Americans in the U.S., where we’re in approximately 60 cities. Globally, we’re in about 120 cities.” The company says it hires about 20,000 drivers a month.

Following his statements onstage, Kalanick added on Twitter that driverless cars are a “multi-decade transition.” This is ‘the way the world is going,'” Travis said.

Drivers on @uber_nyc making $90k/yr Driverless car is a multi-decade transition. Let's take a breath and I'll see you in the year 2035