A new crowdfunding campaign on Indiegogo would embed a one-ounce always-on HD camera in a T-shirt, hoodie, or fleecie, allowing you to take continuous video of your life and save the pieces you like.

The camera is perhaps three times the size of a quarter, and in one wear mode slips into an “interior compartment” with a “lens port.” All you see on the T-shirt is a little metallic circle which, from any distance, looks sort of like a button. 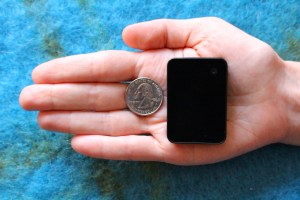 We’ve already given up on privacy from corporations who track our online moves, of course, and most of the sheeple don’t seem unduly concerned with spooky three-letter government agencies continuously digitally surveilling the entire world, but some obstreperous people still get annoyed by Google Glass-like continuous video recording capabilities.

Now, clearly, they won’t even know they’re on Candid Camera.

The project, called NewViewWear, says this is the “world’s first wearable camera apparel.” The Indiegogo campaign page is filled with smiling people, pets, and sports moments, and I can see all those use cases — although I have no personal desire to wear a camera. But there are clearly other use cases here, and those include surveillance of a less-than-national-security kind. 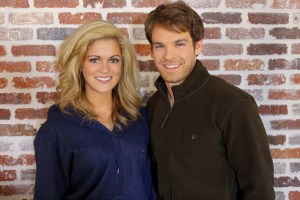 Above: Quick, spot the camera on the creep!

The damn thing even has built-in Wi-Fi, which means that an enterprising creep could charge it up, stick it up somewhere with a good view of whatever he or she wants, and remotely access the video stream.

The just-released project is seeking $100,000, is two days into its campaign, and has just 12 backers who have committed $3,200 so far. I’m sure others will join, perhaps right from this post.

The camera records 1080HD video at 30fps in H.264 encoding, or 720p if you want to save space, and has a 100-degree wide angle view. It can also take 5MP photos and can be set for time-lapse photography.