I am often asked about the state of innovation in the seemingly mature world of laptop hardware. At a time when smartphones and tablets have become the darlings of modern computing, is there still room for new breakthroughs in laptop design and user interface?

Despite the convergence that we’re seeing between traditional laptop clamshell form factors and tablets, complete with touchscreens and all sorts of twisty-turning, transforming displays, new innovations in areas like keyboard and touchpad control, for example, are contributing to the continued relevance of the traditional laptop form factor and breathing new life and functionality into its design.

Let’s take a look at some of these innovations.

The keyboard: still a necessity

One of the most enduring features of the laptop computer predates the laptop computer itself.  This is, of course, the keyboard.  While other components come and go, the keyboard continues to be a critical necessity for content creation at work and at home. Just recently we’ve started to see completely new mechanical keyboard designs start to surface, like new, incredibly thin designs that do not sacrifice key press travel (the distance needed to push a key). Further, we’re seeing the integration of capacitive sensing capabilities into the keyboard, so it can recognize not just a key being pressed but also a key being touched.

A keyboard that can sense a user’s touch revolutionizes usability by enabling users to discover keystroke functionality before actually pressing the keys. For example, users can discover the function of the <Ctrl>-C key stroke combination simply by touching the respective keys.  Similarly, users can finally discover what all those function buttons on the top row do, simply by swiping their fingers across the keys. With larger keys, multi-finger touches and presses can take on new functionality over their single finger counterparts. One popular example recently demonstrated by Synaptics is the deleting of an entire word whenever the backspace key is pressed by two fingers and the deleting of an entire sentence whenever the backspace key is pressed by three fingers.  In a more exotic application, key touch detection enables the keyboard to detect some low-fidelity gestures such as left-to-right swipes when a user brushes his/her hand across the keyboard.

The touchpad: new dimensions of control

Beyond the PTP standard, touchpads are recognizing all new dimensions of control, including force. Originally designed to replace mechanical clicking touchpads, force-input touchpads are finally able to definitively detect the presence and force of a user’s touch input. Previous touchpads could only infer pressure information, and not very well. Not only does force input replace the mechanical buttons previously required to implement left and right mouse button actions, but the ability to resolve 256 levels of force enables new types of user interface interaction, such as variable scrolling speed based on input pressure. Additionally, with the ability to detect force on each finger touching the touchpad, multi-finger, pressure-based gestures can enable richer user experiences in new applications from 3D CAD software, maps and gaming.

Finally, touchpads are incorporating proximity sensing to detect the position of a hovering finger. While this advancement has yet to be introduced in a production laptop, the concept was recently demonstrated at CES 2014. Just like the hovering touchscreen feature that is found in smartphones, like the Samsung Galaxy S5, proximity functionality enables yet another exciting dimension of control for users via the touchpad.

With modern, touchpad-enabled laptop computers approaching their 20th year of existence, it is no surprise that much of the innovations in the laptop user interface may be harder to see.  Nevertheless, user interface hardware in the laptop continues to evolve.  With laptops still the gold-standard tool for fueling content creation in the information age, innovations such as those described will ensure that users will continue to see improvements in the user experience in laptops for years to come. 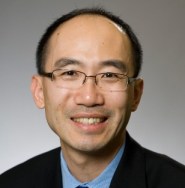 Andrew Hsu is a technology strategist with the Concept Prototyping Team at Synaptics.