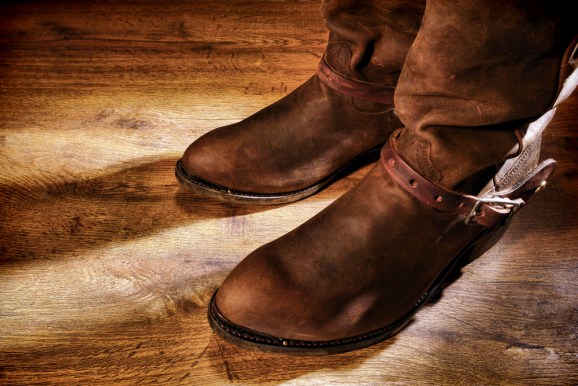 To lift yourself up, pull on these boot straps.

Virtually the only startups that get serious press are the ones that raise large rounds. As entertaining as it is to follow the rock-star fundraisers, what about the founders who bootstrap their way to success?

This article is not a dig on people who raise money for their venture; it is also not meant to say that bootstrapping is definitely better than raising capital. Instead, these are four arguments for why not taking on early investors could also be a smart path to take.

1. Bootstrapping Forces You To Test Before You Double Down

By definition, a startup is still attempting to prove its business model. To do so, the founders must empirically experiment with every aspect of their plan — pricing, distribution, partnerships, everything. More tests, performed faster, translate into more knowledge about what’s truly worth investing in.

I recently asked Rachael Qualls, the founder of The Angel Capital Group, the largest network of angel groups in the United States, about this.

“The best time to raise capital,” she said, “is once you have worked out a lot of the issues and you can easily say, ‘If you invest X, I can turn it into Y.’”

You might be thinking, “Yeah, but if I get funding, I can afford to run more tests.” But once they’re funded, startups have a hard time resisting the temptation to gamble on unproven strategies before actually doing their homework first.

Bootstrappers have no choice but to be smart about their bets. They’re forced to try things out on a small scale before serious money is added to the gas tank.

2. If You Misspend Your First Round, Getting a Second One Is Borderline Impossible

As Brad Feld told me, it’s extremely important to be able to show a second round of investors how efficiently you spent your first.

If you bootstrap the first phase, you’re less subject to heavy judgment during due diligence in the first formal round. The investors will be attracted to your financial efficiency and extrapolate your current traction with the dollars they bring.

“The more important reason,” Brad said, “is that you want to make the most progress possible with the financing, and spending it efficiently and intelligently usually correlates with progress.”

3. Raising Money Is a Full-Time Job

Ask any entrepreneur who has successfully completed a fundraising phase, and they’ll tell you that it monopolized their time for months — if not longer. I recently asked Ash Maurya, the founder of Spark59 and a prolific author on the topic, about the trade-offs entrepreneurs make when they decide to raise funds, instead of pursue customers.

“Investors care about traction above everything else,” he said. “But traction is nothing more than engagement with your customers. Given that fundraising tends to be a full-time job, until you can demonstrate some initial traction, you are best served pursuing customers over investors.”

The “shampoo theory” of economics is the most simplified psychological explanation for why a startup’s spending becomes more inefficient as its budget gets bigger. When you get a new bottle of shampoo, you’re more likely to use it every day, and more of it. You might even find yourself shampooing parts of your body other than your head.

But when you get to the bottom of the bottle, you won’t use it every day, you use it in smaller portions, and it most assuredly gets used only where it was meant to be used.

It’s like Jeremy Smith, the former chief strategy officer for SecondMarket, told me: “Not sitting on a large pool of capital keeps you scared as $@#!―which makes you hungrier, more creative and more resourceful.”

There you have it, ladies and gentlemen, an alternative route for your company that doesn’t involve selling a chunk of it off. In my humble opinion, the world needs more founders and less fundraisers.

Weston Bergmann is an active angel investor in Kansas City and an investor at startup incubator BetaBlox. He has acquired 5% of 70 startups in the last two years and is on track to own thousands before he hits 40.