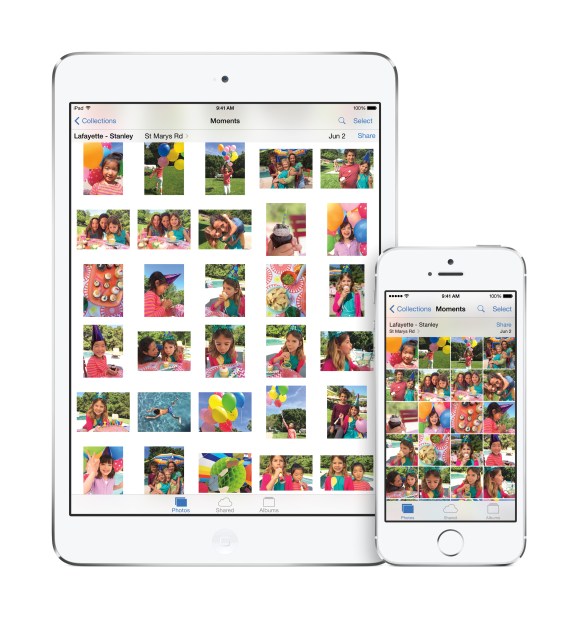 After a major iOS revamp last year, Apple today announced iOS 8, an update meant to refine much of what its predecessor introduced.

But if you hated iOS 7’s candy-colored aesthetic, this offers no relief for you. It looks pretty much the same as iOS 7, with a slew of new features.

Rather than tapping on a notification and being redirected to another app, iOS 8 now does things like allowing you to reply directly to a text without leaving your current app. You’ll also be able to interact with notifications on the iOS lock screen.

Continuity, also announced for OSX Yosemite today, does things like move a call from your iPhone to your Mac. You can also switch documents that you’re working on between iOS and OSX devices.

Another useful feature in iOS 8: “Quicktype” automatically suggests words that you’re typing. Apple says it will learn from your behavior while respecting your privacy. It sounds a lot like Swiftkey, my favorite alternative keyboard on Android.

Apple has also updated the Messages app to give you more control over managing group chats — you can label them now or even leave conversations. You can now also send short voice and video messages in the Messages app. Those are things we’re seeing in plenty of other messaging apps on the market.

A new “Family Sharing” feature in iOS 8 lets you share access to iTunes purchases between your family members. And it also lets parents approve purchases from their kids before they go through.

The App Store is getting a few big updates as well: A new explore tab will finds apps by category. You can also see the apps that are currently trending. Devs can also now bundle apps together (which could be useful for sales) and create short videos to show off their apps inside the store.

Apple is also finally making use of its TestFlight acquisition. Now devs can hold public beta tests for their apps. Previously, internal testers and the media used TestFlight to look at apps early.

Apple is taking a cue from Android by opening up its app SDK. Now apps can share a bit of data with each other, similar to Android. For example, you could see an “Add to Pinterest” option in your sharing menu when you install the Pinterest app. That’s something only a few apps had access to in the past.

Developers should be able to get their hands on iOS 8 later today. But, as usual, it won’t be available for consumers until later this year. It will most likely debut alongside a new iPhone this fall.

To watch Apple’s WWDC keynote in full, check out the live stream link here. You can also read our live analysis of the WWDC keynote here. For all of VentureBeat’s WWDC coverage, head here.