Apple is launching a series of products later this year, and they all point in one direction: They want to replace Google.

For the most part, Google is an everyday utility. We look up movie times, call a friend, download a song, and browse the news. Apple wants to reclaim your daily computer experience with a slew of new and updated products.

While details are still forthcoming, here’s a list overview:

A desktop phone app to rival Google Voice, where phone calls will ring both phone and desktop, even if they’re in the same room. It also updates the messaging app, for easier sharing of photos and the ability to mute noisy threads (yes, that is Apple calling Dr. Dre in the photo). 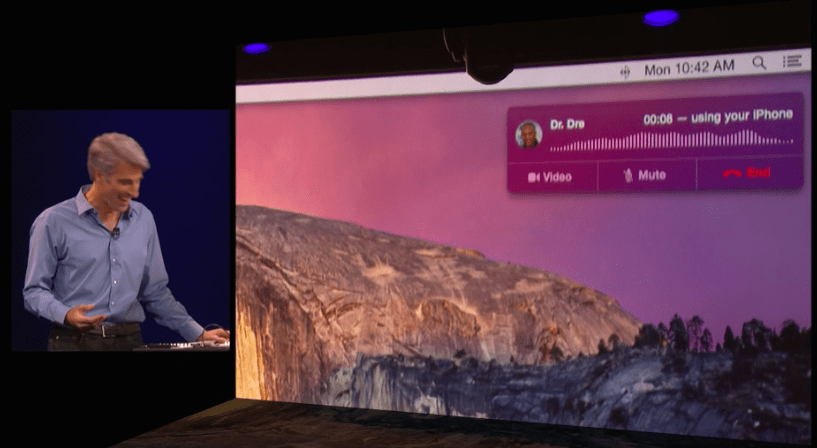 A search function that automatically populates movie searches with starting times, restaurants searches with reviews from Yelp, and research inquires with Wikipedia entries. All of the information all populated in the normal desktop search function, Spotlight. Here’s a .gif for a search of the movie, Godzilla.

iCloud Drive, a cloud storage service for all of your files is getting up update for easy drag and drop sharing between your phone, desktop, and tablet. This is a direct competitor to Google’s Drive, which recently dropped its price on +100 GB storage. 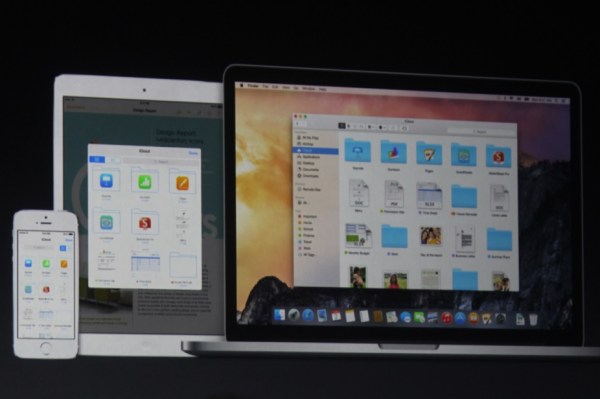 And, just to ensure that everyone knows that Apple is going after Google, CEO Tim Cook didn’t pull any punches.

Speaking about Apple’s 130 million first-time customers, Cook said that many had come from Google:

Many of these customers were switchers from Android. They had bought an Android phone, by mistake, and then sought a better experience. And a better life. And decided to check out iPhone and iOS.

So two of the largest technology companies are trying to improve devices that I’m connected to all day long. This tech battle is going to be great for consumers.