Today, Apple announced that iOS 8 will support third-party keyboards — a major shift from the company’s tendency to heavily control the user experience of its products.

Featured in Apple’s keynote presentation at its annual developer conference, the new third-party keyboards will introduce support for new mobile typing technologies, including Swype. Apple cautions, however, that the new feature will could also introduce privacy issues for users. Apple’s warning reads:

“Full access allows the developer to transmit anything you type, including things you have previously typed with this keyboard. This could include sensitive information such as your credit card number or street address.” 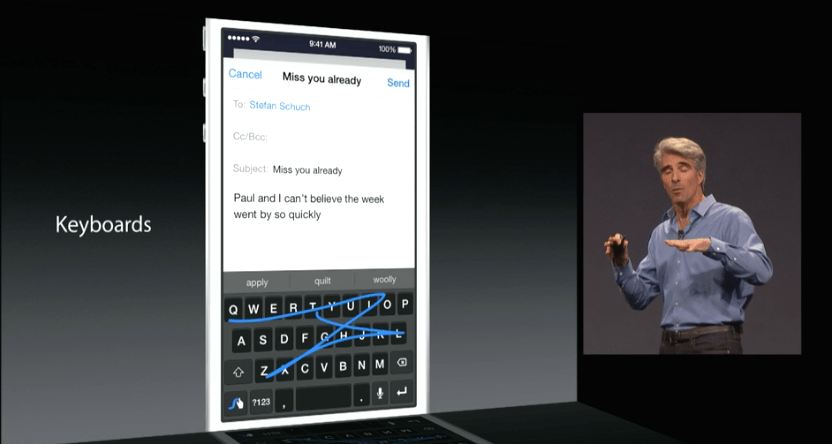