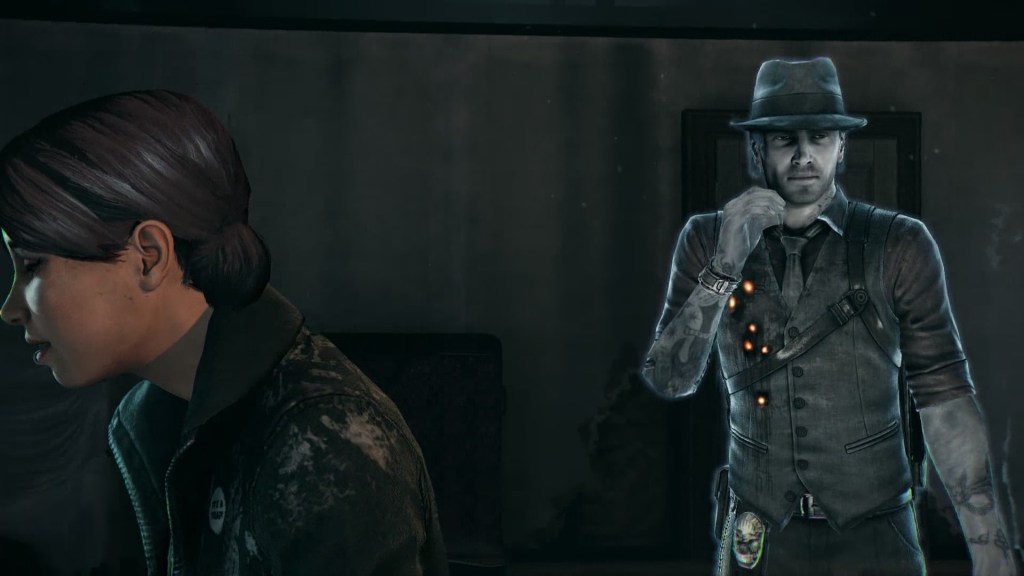 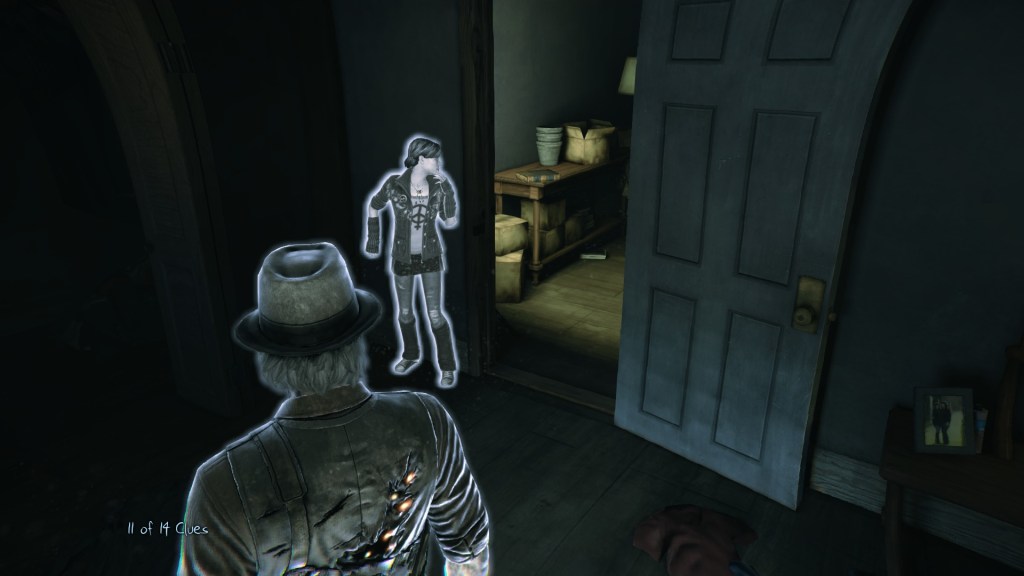 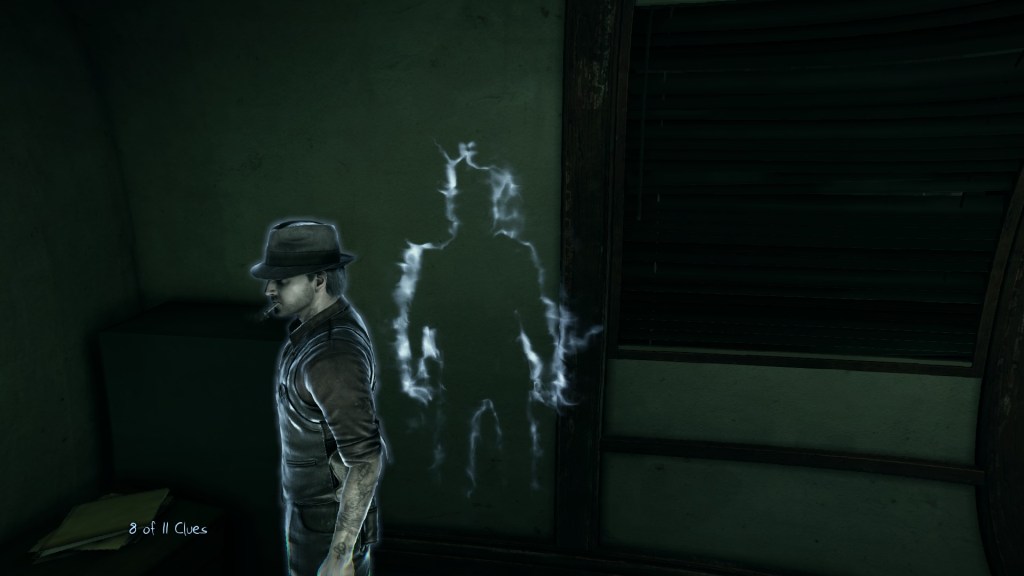 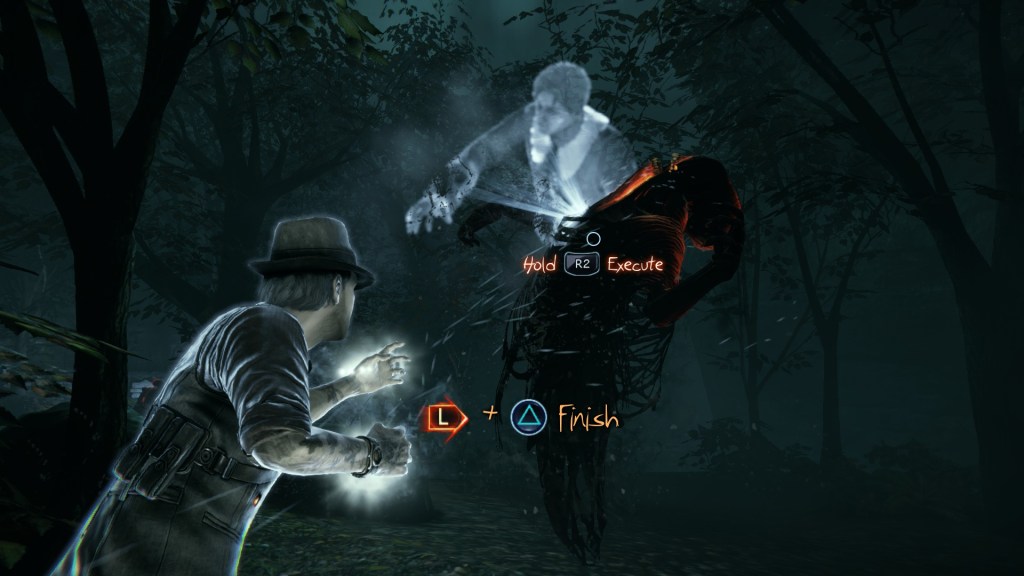 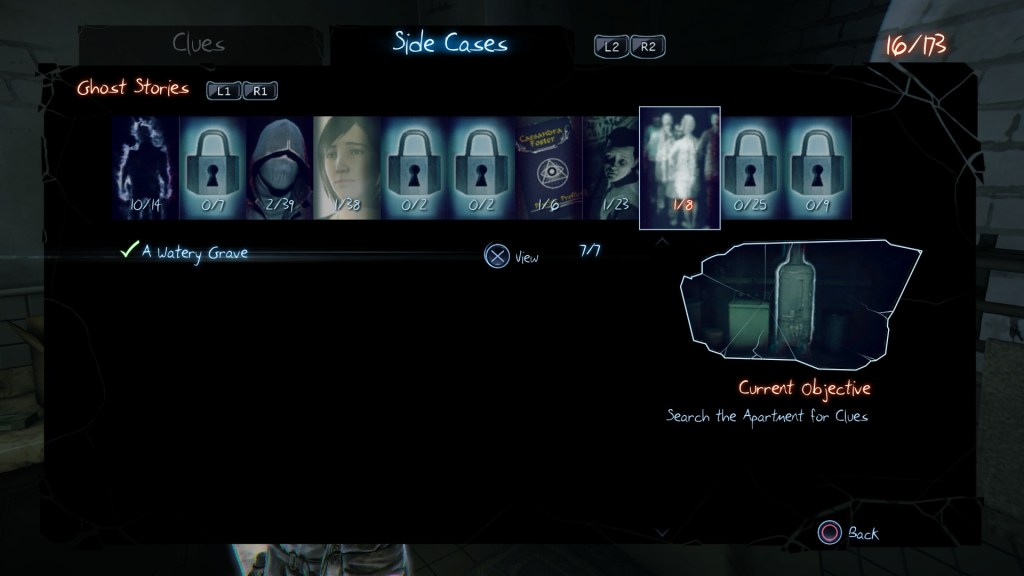 Above: You have 39 little factoids about the Bell Killer alone.

The ridiculous amount of collectibles

Soul Suspect has a lot of collectibles, and you’ll either love them or hate them. I thought that they interfered with any sense of urgency the game manages to build since Ronan would say something like, “I have to get there now,” but I would add on, “just as soon as I make one more sweep of this building to make sure I didn’t miss anything.”

Every building you enter has a ghost story that you unlock by collecting a dozen or so artifacts around the level. You also have bits of backstory to read, information about various side characters, town history, world history, and Ronan’s own memories. It all amounts to almost 175 things to pick up, and it’s a bit of a drag.

The ghost stories are cool and creepy, and the historical information is often fascinating, but Murdered handles all of these fairly awkwardly. The hero’s dead wife’s memories are just pages scattered around the world, and while the personal lore is nice to know, the presentation is inelegant and distracting.

I was even ghosting around town and heard one random passerby comment on how nobody would bother to go looking for some of the collectibles. And if the game criticizes its own side stuff, why should I care? 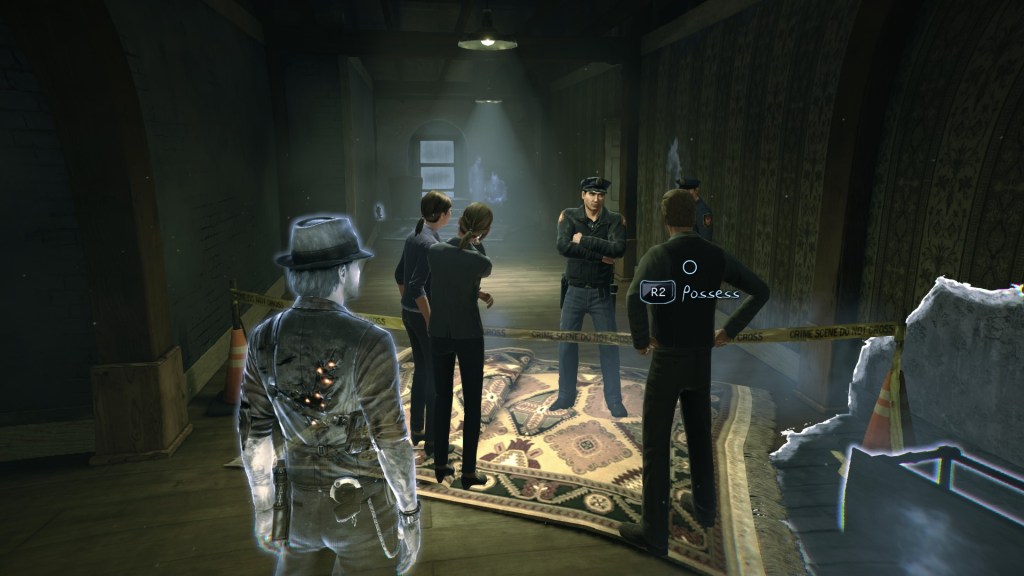 Above: This dude has a circle on him when I am looking at him, so clearly it’s possible.

For all its cool gameplay and navigation, Soul Suspect has a few startling omissions. For starters, it has no map.

Those who buy the game’s special edition gain access to an online “Interactive strategy map” that give you the layout of every area and the locations of every collectible, but I see no reason to bring a second screen into this when a tab on the Pause menu would work just as well. I got lost more often than I should have, and it was really weird not to see such a standard game element.

The game could also use a look cursor. All I wanted was one tiny dot in the middle of the screen that would help me focus on things I want to examine or pick up. It has nothing now, and while I could usually get the prompts to appear with no problems, every once in a while, I found myself playing a “Nudge the Stick” minigame while I  tried to find the exact camera angle that would let me hit the button to do the thing.

Neither of these break Murdered, but they’re unfortunate hiccups in an otherwise great presentation.

Murdered: Soul Suspect is one of the most surprisingly good games I’ve played in a long time. It manages to sell its bizarre premise and builds a solid, moving story out of it, and the plot-propelling investigations add immensely to the detective feel. Walking around as a ghost is clever and entertaining, and it even manages to inject variety into some of gaming’s most overused elements.

Murdered: Soul Suspect is out June 3 for PC, PlayStation 4, Xbox One, PlayStation 3, and Xbox 360. The developer provided GamesBeat with a free PlayStation 4 download code for this review.