Humanity may be plunging into a post-apocalyptic climate change disaster hellscape as rising temperatures spark disastrous … Ooh! Did someone say new Apple fonts?

Apple’s WWDC dominance over today’s media cycle, in the face of one of the most sweeping environmental policy moves this decade, underscores that politics really is local.

Here, we bring you some data points on how Apple crushed Obama’s sweeping environmental policy announcement. 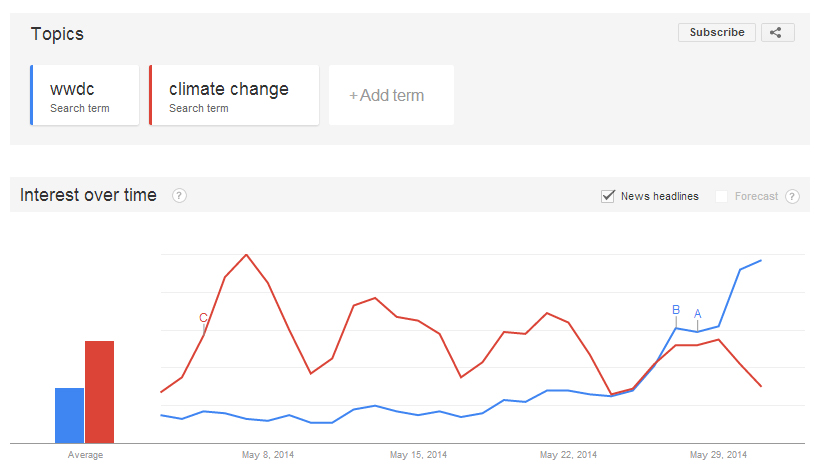 Ever the traffic hound, CNN gave the biggest front page real estate to Apple’s announcement (below the big political scandal of the day): 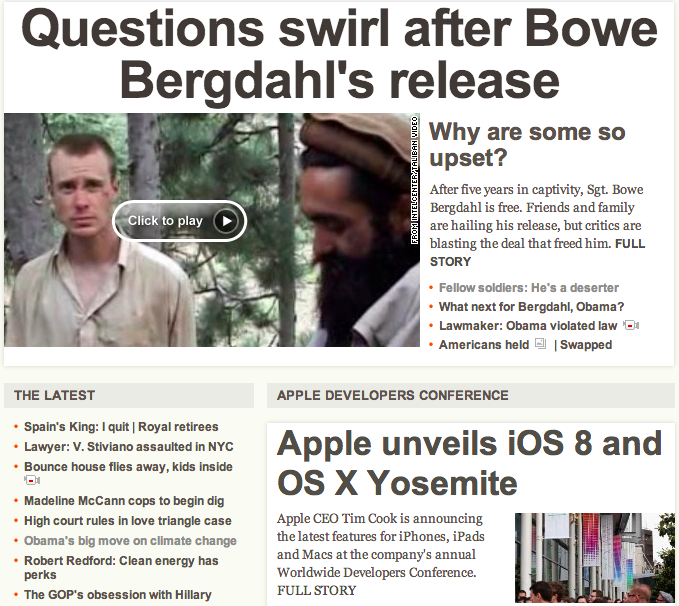 The Wall Street Journal gave both equal placement, but Apple got the eye-catching image: 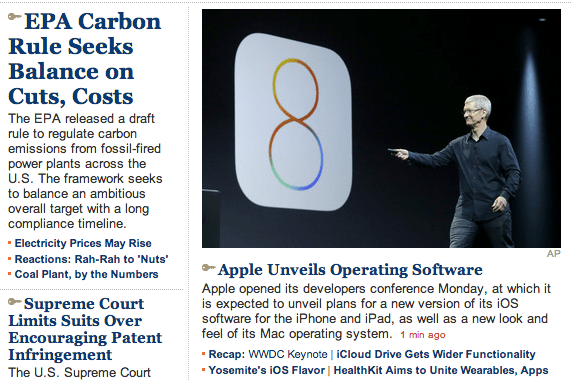 On Twitter, “iOS” was six times more popular than “Obama” between 1 p.m. and 12 p.m. Pacific (picture below is over the last month):

There may not be the political will to combat climate change, but Amazon does sell a lifejacket for your iPhone.