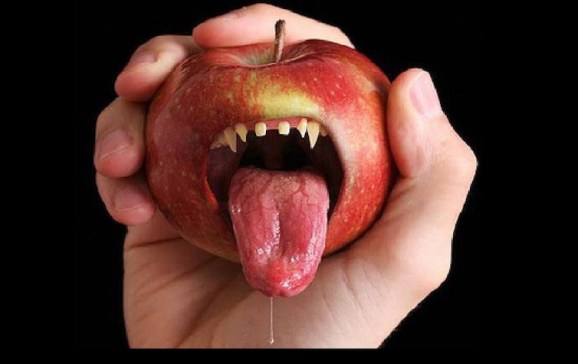 Apple hardware sales are killing it on eBay.

A report released by data analytic firm Terapeak showed sellers hawking new and used Apple MacBooks, desktops, iPhones, and iPads raked in $1.11 billion on the auction site between June 8 of last year and May 24.

“It is just a huge volume of goods,” said Terapeak analyst Aron Hsiao.

The comprehensive study, based on raw data obtained by Terapeak in conjunction with eBay, focused solely on hardware and not Apple accessories.

Hardware that everybody else made — that includes HP, Toshiba, Samsung, and Dell — totaled $1.19 billion during the same period, Hsiao noted.

The astonishing figures show that demand for new and used Apple products is not only growing, quickly, but that it nearly overtakes sales volumes by numerous other producers of IT hardware combined.

“This is a picture not often seen out there. It is very impressive and shows that Apple products command a premium, even used,” Hsiao noted.

Apple, of course, does not use eBay as a commercial conduit for goods. Rather, sellers and re-sellers use the site to hawk Apple hardware of their own volition. Hsiao pointed out that Apple laptops, for example, have their own channel on the eBay site.

Indeed, laptop and desktop categories on eBay are split into Apple and non-Apple hardware, which includes everybody manufacturing laptops and desktops other than the Cupertino, Calif.-based technology titan.

“It is Apple versus the entire rest of the market,” Hsiao said.

Apple continues its forward march. On April 23, it released its number for the second quarter that ended March 29. Apple’s revenues for the period totaled $45.6 billion with their quarterly net profit with $10.2 billion.

According to Apple chief executive Tim Cook in a company press release announcing the Q2 2014 results:

“We’re very proud of our quarterly results, especially our strong iPhone sales and record revenue from services. We’re eagerly looking forward to introducing more new products and services that only Apple could bring to market.”

On Monday at Apple’s World Wide Developer Conference in San Francisco, Cook lobbed numerous jabs at Android in his keynote and released strong, fresh figures for sales of iPads, iPods, and MacBooks. These were sales of new devices and had nothing to do with used sales.

Terapeak’s comprehensive report disclosed that used MacBooks in particular strongly hold their re-sale value, even some that are 5 years old. The report did not break down products into single categories but included all of the hardware in Apple’s inventory.

“In laptop sales, the tables have turned. Apple laptops consistently move nearly three times the dollar volume of all other laptops combined; to the extent that laptops are the last bastion of traditional personal computing growth, Apple is well-positioned to be the market leader on eBay.”

Terapeak has licensing relationships with eBay but not Amazon, which is how they obtained the data directly from the former’s servers. Terapeak sells their data to clients, like e-commerce outfits.

For Hsiao, the numbers show that people are willing to spend a premium for Apple products, even when they’re dated and used.

“It’s very impressive,” he said. “This is Apple versus the rest of the market.”

“It is iPhone sales versus Android sales. Apple clearly commands a premium.”