You have to hand it to Don Mattrick, the chief executive of Zynga. He’s thorough. Since he arrived in July, Mattrick has turned over the entire senior management team at Zynga. 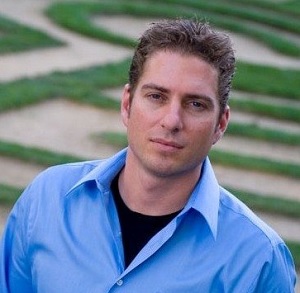 Above: Travis Boatman, formerly of Zynga

Although he still works for founder Mark Pincus, Zynga’s chairman, Mattrick has carté blanche to do what it takes to make the social-gaming company successful. It’s encouraging to see that he has the authority and will to appoint whomever he sees fit to do the job. On the other hand, new departures indicate that things have not settled down at Zynga, which has seen its headcount shrink from more than 3,500 a couple of years ago to about 1,991 as of the end of the first quarter.

When a new CEO arrives, turnover happens. But Zynga’s executive remake has been extensive.

The latest departures include Travis Boatman, who was once the senior vice president of mobile and was recently leading the Words With Friends team; and Terence Fung, the former head of acquisitions. Fung has turned up as the chief strategy officer at Storm8, a mobile game publisher. Another quiet departure was Steve Chiang, the former studio president and former head of Zynga’s Ville series of games, including its flagship FarmVille. He also left as Mattrick brought aboard Microsoft’s Alex Garden to head Zynga’s studios.

A Zynga spokesperson declined to comment on the departures. One person close to the company said that the changes reflect Mattrick’s ambition to remake the company and its strategy so it can be successful in the transition to mobile games. Some of the executives who left did so on their own as they sought out new positions. Mattrick asked others to leave, and still others were reassigned to some completely different roles.

And as older executives have left, Mattrick has been hiring a lot of new ones, such as Academy Award-nominated visual artist Henry LaBounta as chief visual officer and Jennifer Nuckles as chief marketing officer. Clive Downie joined as chief operating officer last fall.