Amazon today announced that it will unveil a “new device” on June 18.

Alongside today’s announcement, Amazon shared a teaser video that seemingly backs up past rumors that the company is developing 3D hardware.

“It moved with me,” said one person using the device in Amazon’s promotional video [below]. While Amazon hasn’t confirmed a 3D phone yet, an event application asks developers if they are “interested in developing apps utilizing a new type of sensor” and have any “machine learning experience.” The application also mentions gyroscopes and accelerometers.

Chatter of an Amazon-built phone have lingered since 2011, when the company was rumored to have partnered with Foxconn. Talk of a 3D screen then emerged last year. Reports that Amazon would release a free phone subsidized by advertisements have also lingered, but Amazon denied such rumors last year.

Then, in April of this year, a leaked photo allegedly revealed the device: 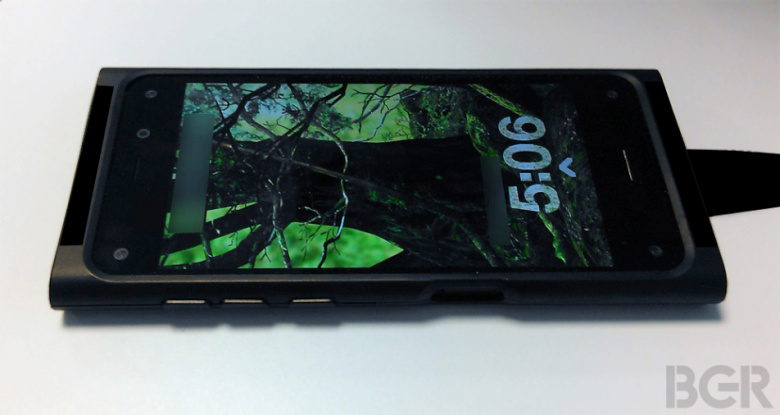 Not long after, an additional photograph emerged:

While Amazon’s announcement today hints at much, it confirms little. VentureBeat has reached out to Amazon for comment and will update this story accordingly.