From inception to launch, here’s an inside look at Swift — courtesy of its creator, Apple developer tools director Chris Lattner.

According to Lattner, who’s worked at Apple since 2005, the development of Swift began in July of 2010. Lattner explains in a blog post that he alone “implemented much of the basic language structure, with only a few people knowing of its existence.”

The language did not become a major focus for the Apple Developer Tools group until 2013, but “a few other (amazing) people started contributing in earnest late in 2011,” Lattner says.

And as with all programming languages, Swift benefits “from the experiences hard-won by many other languages.”

The Xcode Playgrounds feature was “a personal passion of mine,” says Lattner. A key counterpart to Swift, Apple touts that Playgrounds “make writing Swift code incredibly interactive by instantly displaying the output of Swift code.”

Lattner shares that the Playgrounds feature was “heavily influenced by Bret Victor‘s ideas, by Light Table and by many other interactive systems.” 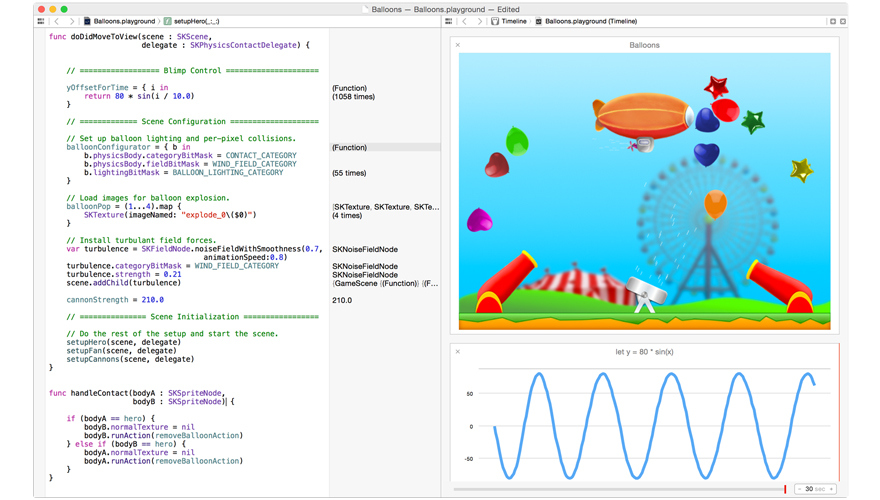 Above: A look at Swift’s “Playground” development environment.

Ultimately, Lattner hopes that “by making programming more approachable and fun, [Apple will] appeal to the next generation of programmers and to help redefine how Computer Science is taught.”

That goal was hardly touched upon by software engineering VP Craig Federighi during Apple’s WWDC keynote, but it represents an interesting ambition for Apple: to bring its famous usability expertise into its own software creation tools.

“Sighs and collective shock erupted” when Swift was first announced, as VentureBeat’s Richard Reilly wrote today; but since then, developer interest appears incredibly strong. In just one day, the Swift reference book was downloaded 370,000 times via iBooks.

Tongue-in-cheek, Lattner plans to celebrate his four-year anniversary with Swift next month.