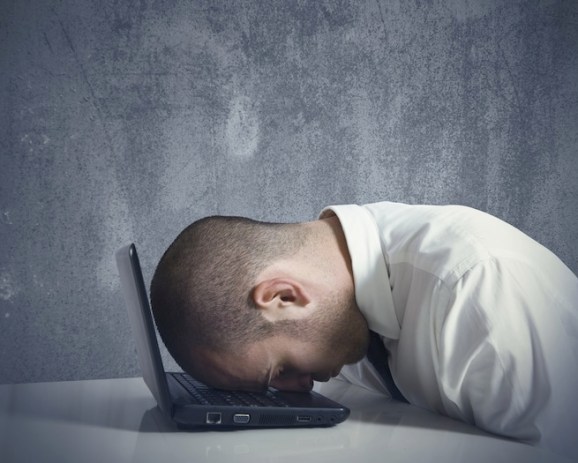 Shockingly, if you choose the wrong marketing automation system, you won’t be happy with it long-term.

So how do you choose the right one? 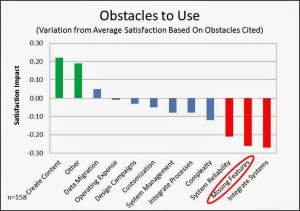 “Industry deep thinkers often say that deployment failure has more to do with bad users than bad software,” Raab said. “But … it turns out that 25 percent of users cited “missing features” as a major obstacle, indicating that the system they bought wasn’t adequate after all.”

In other words, a lot of companies are buying the wrong systems.

That’s not the only cause of defeat, of course. But it is the single most important cause of marketing automation failure — a failure, Raab said, that could have been avoided if companies chose solutions that suited their needs better. Interestingly, one of the top challenges that is often cited as a problem with marketing automation — creating enough content to feed the marketing machine — is cited as an obstacle only by people who are highly satisfied with their systems.

Which suggests the content problem can be overcome but that the fit problem is more significant.

The core challenge is that marketers make poor choices when selecting a marketing automation system, according to the study, including deciding too quickly, considering only one system, and not evaluating features in depth.

“These could have been avoided if marketers had chosen a different product that better suited their needs,” Raab said.

One key driver of satisfaction appears to be a thorough evaluation focused on the depth and breadth of features in a system. In fact, companies that focused on features in their product evaluation were much more likely to be satisfied with the system they eventually chose: 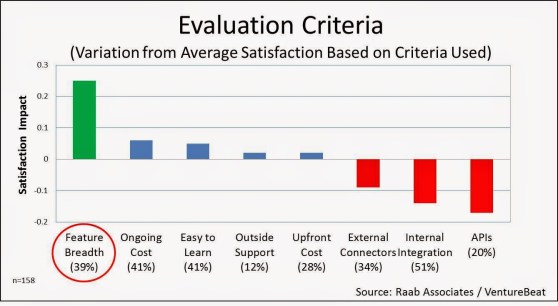 The full report is available on VB Intel.