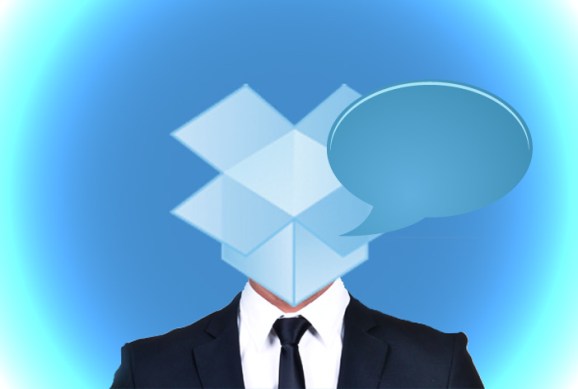 The cloud storage company has acquired stealth messaging startup Droptalk, according to a Thursday blog post on Droptalk’s website.

Founded by some ex-Facebook and ex-LinkedIn developers, Droptalk was making messaging apps for iOS, Android, and the web. That’s the ‘talk’ piece.

The ‘drop’ part refers to the apps’ cloud storage component. Folks using Droptalk could tie conversations to cloud storage folders, enabling the participants to see file updates and jump to the documents right from the discussion thread. They could also drop individual pieces content — like pictures from the web — directly into conversations.

Unlike the primary features of Dropbox’s other recent acquisitions, which centered heavily around photo-creating and -sharing, it’s easy to envision messaging as a core Dropbox feature. Dropbox seems to agree: It purchased workplace chat startup Zulip earlier this year.

Dropbox didn’t disclose the terms of the deal, though we’d speculate the price tag wasn’t too high: Droptalk hadn’t raised any venture capital, and it had yet to release any of its messaging apps (its Chrome extension was in limited beta).