Cofounded with his wife, Theresa Preston-Werner, Codestarter is the first non-profit to join the TechStars startup incubator. Graduating today out of TechStars New York, the organization crowdfunds laptops, and then distributes them with Linux, coding tools, and programming guides. The company is soliciting donations here.

Help us ensure that every child has the opportunity to learn how to code. For every $250 donated, we will ship a new laptop to a child waiting to enroll in a programming class. 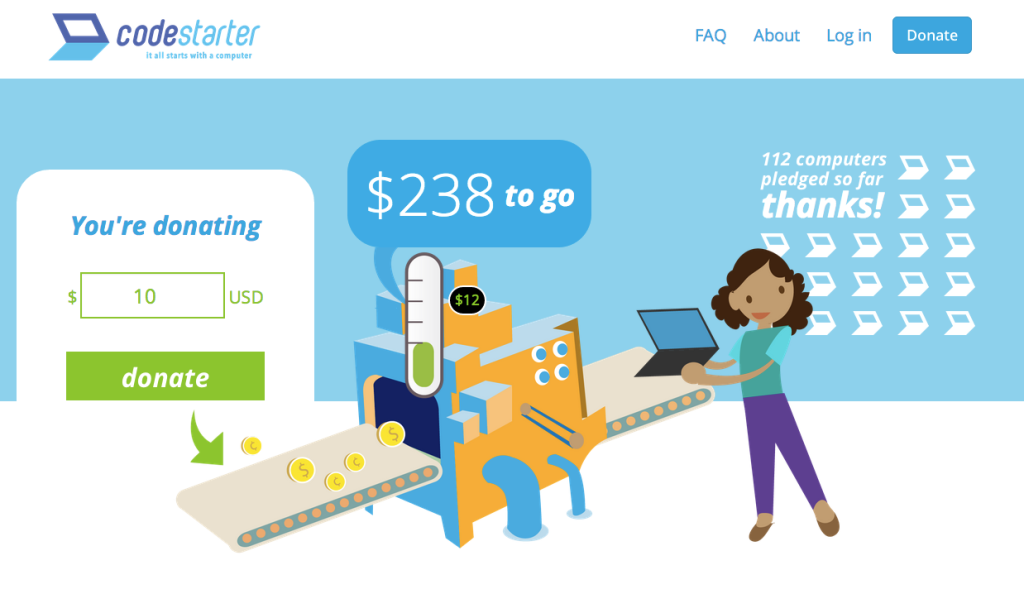 Preston-Werner was forced to leave GitHub in April after an investigator found he had behaved inappropriately in the workplace. While the then-CEO dodged sexual harassment and gender bias claims, he did get in some hot water with regard to his wife and his own “insensitivity to the impact of his spouse’s presence in the workplace and failure to enforce an agreement that his spouse should not work in the office.” (She did not work at GitHub, herself.)

Our mission at Codestarter goes beyond providing laptops and enabling them to learn how code. This is about long-term change for underserved children and for the tech industry that they may enter later. … Through our laptop donation program and by measuring our progress, we hope to demonstrate impact in several areas. First, we aim to increase access to coding opportunities for children in first through twelfth grades who otherwise wouldn’t be able to participate. Second, we intend to increase diversity in the tech industry as our students mature through post-secondary education and enter the career field. Third, we hope that this will impact the types of problems that software developers try to solve and the types of companies they build. These are incredibly far-reaching goals, and they will take time and patience to achieve.