Ranked and pro players of League of Legends should pay close attention to an upcoming update from publisher Riot Games.

In an official news release and developer blog this morning, League of Legends developer Andrew “Riot Aeon” Brownell outlined Riot’s extensive plan to apply visual and functional upgrades to Summoner’s Rift, the game’s primary map (and one that’s part of ranked play and e-sports events), in an upcoming update.

Summoner’s Rift is a traditional multiplayer online battle area (MOBA) map in which two teams of five players battle it out in a three-lane area, complete with jungle sections ripe with neutral monsters to fight between the lanes and two identical bases on each corner of the map. The map is in all League of Legends professional events and is the only one available for solo-ranked play. Summoner’s Rift has gone through some minor tweaks since League of Legends officially released in 2009, but Riot has been hesitant to make too many sweeping changes to it in one update.

The appearance of the map is completely different:

Above: Comparison shot of the wolf camp.

As you can see, the feel of the new map will be much more dark and rocky.

Brownell explained the importance of upgrading Summoner’s Rift without destroying the original concept of a “magic-infused, untamed, mountaintop, fantasy forest.” Various champions have undergone visual makeovers that made them more formidable and graphically appealing, and Brownell believes the changes to Summoner’s Rift will help maintain a level of graphic consistency throughout the game.

The memory requirements are increasing from the current specifications, so a fair number of players may not be able to play League of Legends anymore. Brownell used the FAQ section of the news post to tell fans that Riot is “optimizing like crazy” to try to keep the change as minimal as possible.

The gameplay mechanics of Summoner’s Rift are also going through some major changes. The dragon (below), a challenging monster that gives a gold bonus to the team that can slay it each time it spawns, will now include two new area of effect attacks. This creature should be a formidable boss, and Riot hopes the changes will better reflect that. 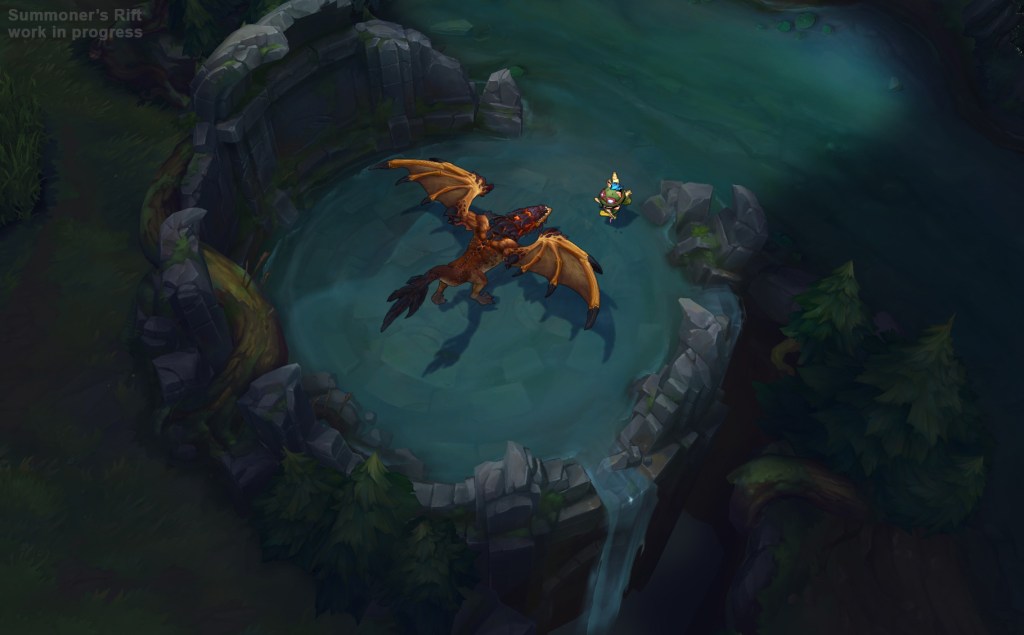 Above: The new dragon camp.

Baron Nashor, the map’s penultimate boss, will get a host of new abilities as well.

Riot also addressed a serious issue that has been debated on forums for years: the advantage one team has over the other right from the get-go due to map inconsistencies. Currently, the blue or bottom team does have a slight advantage over the purple or top team due to its proximity to the bosses and shorter distances to various areas throughout the map. Brownell indicated that the new map will have closely mirrored sides that should equalize out the advantage.

The final gameplay upgrade will be a slight adjustment to the camera. The change is geared toward making various champion abilities a little easier to use and giving the player a little bit more space at the bottom of the screen. 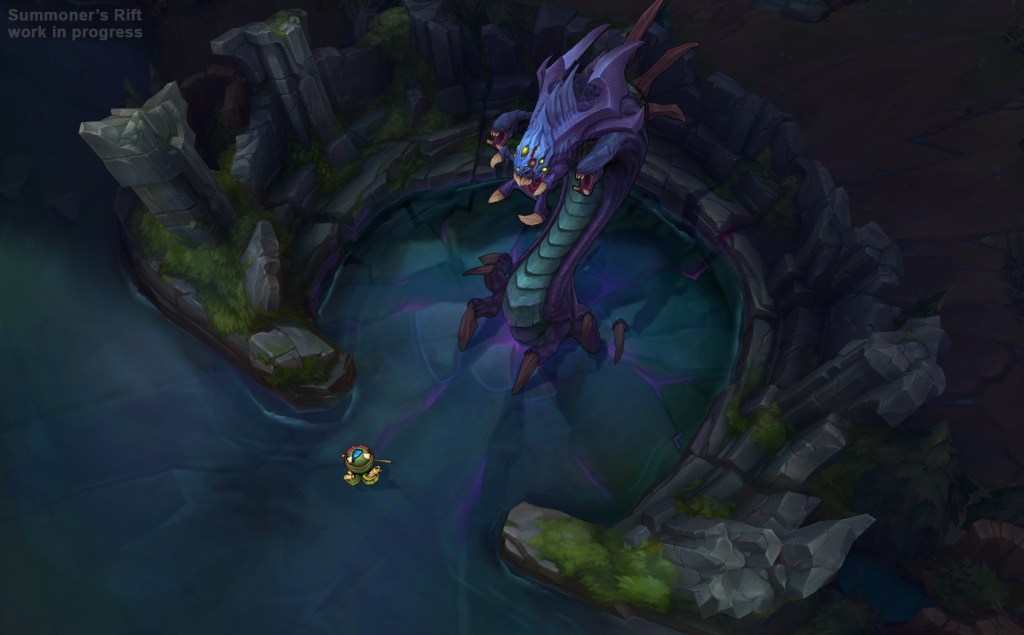 Above: The new Baron Nashor camp.

The new Summoner’s Rift is currently live in testing servers. The developer’s blog preaches patience while the Riot team irons-out various bugs and problems. The original Summoner’s Rift map has been a remarkably stable and durable MOBA map, and the publisher hopes to raise the new one to the same plateau before launch.

We reached out to Riot for additional information and will update this story as necessary.