Human recorded history is a few thousand years old, and we still haven’t really figured out things like sex and death. We can do both, but we don’t really understand their full power over us — and it’s all about to get a lot more complicated thanks to virtual reality.

The Oculus Rift virtual-reality headset is coming. Well, it’s already here if you’ve dropped the cash for the developer version, and Oculus VR — which is now a wholly owned subsidiary of Facebook — is working on a consumer version. That device should debut later this year or early in 2015, and it will enable people to enter digital landscapes visually. The head-mounted display tracks the wearer’s movement and position and adjusts the 3D screen so that it always feels like you are really looking around the virtual environment. The applications for this are obvious. We’ll use it for gaming. Architects will use it to show their models to clients. Professionals will use it to make remote meetings feel more intimate.

Oh, and we’ll use it to simulate murder, sex, and talking to the dead.

“You can experience anything that’s possible and anything that’s impossible,” Oculus VR founder Palmer Luckey told GamesBeat. “It puts you into a difference space where there’s almost no rules.”

Already, developers are working on adding Oculus support to their games so that people can experience immersive space battles and abandoned islands filled with puzzles. One game, Disunion, simulates decapitating you in a guillotine from a first-person perspective.

In the Tom Cruise sci-fi action movie Minority Report, his character gets to a point where he needs technical help. Naturally, he ends up tracking down a shady hacker that runs a virtual-reality parlor. In this guy’s VR dungeon, we see a digital school girl straddling an elderly businessman and another man getting praise from his computer-generated peers. The camera then pans to a nervous guy asking the hacker if he could get a program to kill his boss. The deal is about to go down when Cruise shows up and the hacker runs the guy off. That kind of virtual reality is illegal in Spielberg’s dystopian future.

People wanting to simulate murder and sex is probably going to happen soon. We won’t necessarily see the public VR café or the laws against certain kinds of simulation — but people will want to try socially unacceptable things in simulation. Someone will make a real murder simulator, and — for once — that frightening descriptor will actually fit.

These are the kinds of things that will draw negative publicity and fear mongering local-news reports to Oculus’s cutting-edge technology, but it’s also unavoidable.

“It’s impossible to control those kinds of things. You just have to accept it,” said Luckey. “If you’re an open platform that lets people build anything — then people are going to build anything. And you can’t be surprised when people make a thing that you didn’t make or maybe you prefer didn’t exist.”

Oculus Rift is essentially just a PC peripheral. It plugs into a computer and runs software that you download from the Internet. Unlike the gaming consoles or the iOS App Store, Luckey and his team won’t even try to vet the games the get released for Oculus. Anyone can make anything.

While Oculus is open, Luckey isn’t sure that he would know how to determine what is acceptable for people.

At the same time, Oculus does plan to reach out to developers to act as a publisher, and it will of course have control over who it partners with.

That’s not how everyone sees it. 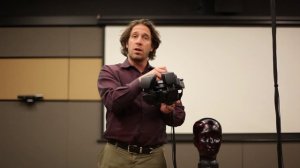 Above: Bailenson with his VR headset in Standford’s VHIL.

Bailenson is a research scientist looking into the effects of virtual reality on people. He’s found that the virtual experiences, like those in the physical world, can have a profound impact on a person.

“The brain treats virtual experience as if it’s real,” he said. “The same as if you saw another person in a room — the brain reacts the same way to a virtual person. However, anything is possible, and my lab has spent years investigating all the social phenomenon that is uniquely possible in VR.”

The professor knows this because he runs experiments where people wear a head-mounted display that shows them a plank of wood with a pit underneath it. And as much as people know they’re standing in a room with a completely solid floor, their brain is perceiving the virtual space and responding to that instead.

That feeling of existing inside a virtual world has a name. It’s called presence, and it is what Oculus VR is aiming for with the Rift. But when VR actually is fooling the brain, could simulating murder and sex hurt someone?

Luckey says he isn’t a psychologist and that he isn’t willing to make any claims about the positive or negative effects of virtual reality on the brain. Bailenson, who is a psychologist, says he doesn’t know if exposure to virtual violence could hurt someone’s psyche … although his experiments have shown that putting people into certain virtual situations can have a stronger influence on something like empathy than reading about a problem or watching a film.

“For example, you put someone in an avatar that is handicapped, and that generates empathy more than reading about someone who has a handicap,” said Bailenson. “There’s something special about occupying someone else’s body. We’ve done other studies where we put young people in old avatars, and it reduces their prejudice against the old compared to control conditions where they read about the old.”

Stanford’s VHIL also did a study that put people into older versions of themselves. They could walk up to a mirror and see a wrinkled, gray person that looks like them staring back, and Bailenson says that this study helped young people better consider the long-term impact of their current-day decisions. People who went into the simulation actually went on to save more money compared to a control group.

“We had a call from one company that’s researching how they use virtual reality and the Omni for Alzheimer’s research,” Virtuix chief executive officer Jan Goetgeluk told GamesBeat. The Omni is a treadmill-like device that tracks a players’ walking motion in 360 degrees. “That’s something I’d never thought of.” 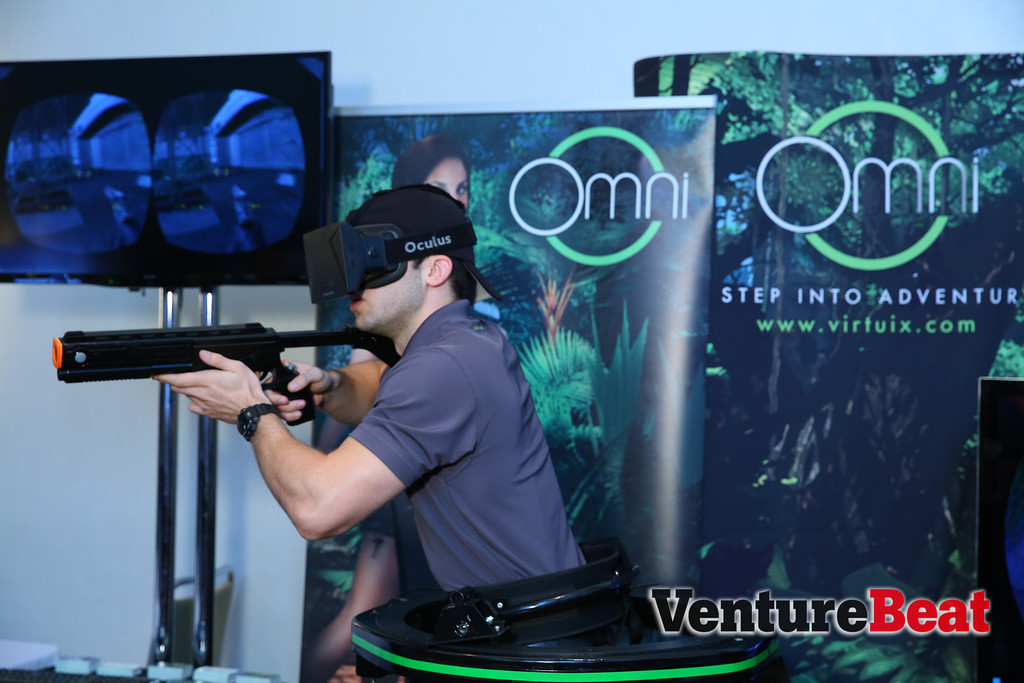 That’s the heating homes in Bailenson’s comparison of VR and uranium. If the technology is capable of that, it’s easy to see how the other half of the comparison is also true.

But we know that video games don’t hurt people, right? Hell, the Supreme Court just ruled that first-person shooters like Call of Duty and open-world crime games like Grand Theft Auto are protected speech. Certainly we can expect the same for Oculus Rift, right?