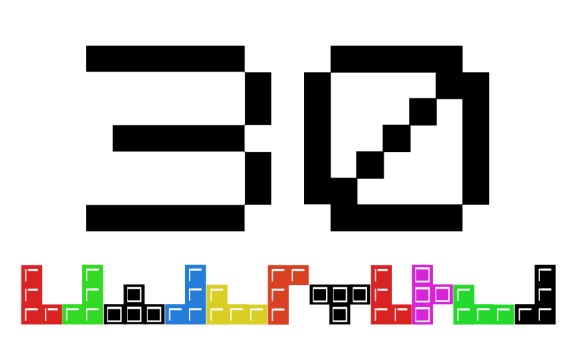 If Tetris was a person, we’d ironically be seeing a few lines on its aging forehead.

Thirty years ago today, Russian programmer Alexey Pajitnov created the original version of Tetris on an Elektronika 60 computer. The simple but addicting puzzle game would eventually made a huge impact on the industry, notably with highly successful 8-bit versions on the Nintendo Entertainment System and Game Boy.

To celebrate this special occasion, we’ve put together a bunch of videos that show the giant impact Tetris has made on our culture.

First, learn the early history of Tetris, courtesy of the BBC

Jeez, that got a bit bleak toward the end.

Now, let’s get in the mood with some Tetris a capella

YouTube musician Smooth McGroove has covered a lot of video game music, but this is still one of his most popular.

Take a look at the largest game of Tetris ever played

These guys are playing Tetris on the side of the 29-story tall Philadelphia Cira Center building. You can learn more about this crazy experiment from Ars Technica.

999,999 is such a high score that it doesn’t even bother counting any more points.

Tetris explains the history of the Soviet Union

Of course, a Tetris movie probably isn’t coming any time too soon, but the franchise has become a blockbuster in its own right. Our parents may not know who Samus or Master Chief are, but I bet they’ve played at least one round of Tetris. Its appeal crosses generations, and I’m sure we’ll still talk about it in another 30 years.