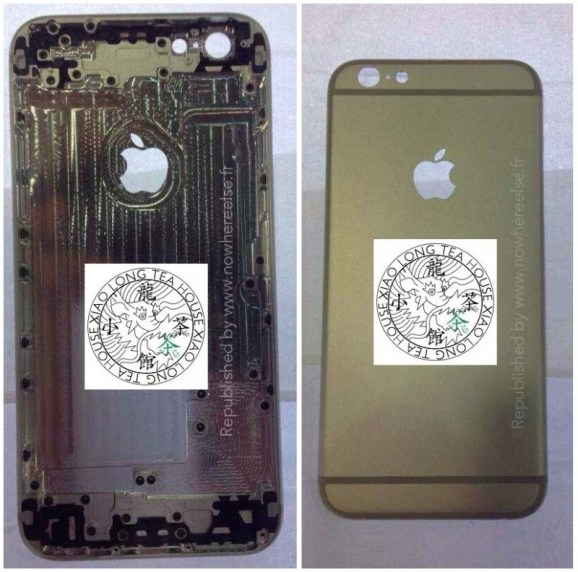 With Apple’s regular annual product reveal just three months away, every one is on the lookout for details on the new iPhone 6.

Today is no exception, with new photos popping up that show what appears to be the rear shell and side profile of the new iPhone 6, according to a report by French tech news blog Nowhereelse.fr.

The photo of the rear shell suggests that Apple might make the familiar Apple logo glow when in use, according to the report. This would fall in line with the company’s MacBook Pro and MacBook Air laptops, which also feature lit up logos on the back of the device.

Having the iPhone 6’s back logo light up could, however, have multiple uses though, such as being able to flash for incoming phone calls or app notifications.

Another photo (below) from the report shows off a slimmer iPhone 6, which feature the traditional location for volume and mute buttons on the left side. The right side of the phone appears to show slots for a SIM card tray as well as another button, which MacRumors speculates could be a new location for the phone’s power button. 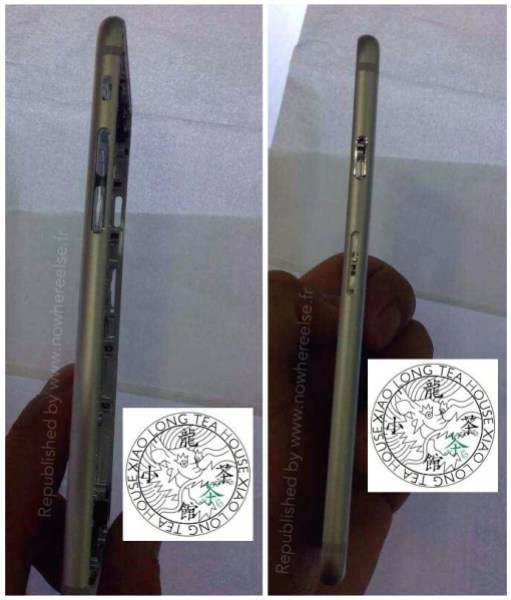 Above: Photo of what could be the rear shell of Apple’s new iPhone 6

As with most iPhone-related rumors, there’s a high possibility that these aren’t necessarily components for the yet-to-be-released iPhone 6. We likely won’t know any concrete details until closer to September, which is when Apple traditionally debuts new products.