The Inquisitor is a corrupt politician’s ultimate dream job. As the judge, jury, and executioner of Thedas, you answer to no one but yourself. You can even dress up your allies in garish pauldrons, and they can’t do a damn thing about it.

Coming out Oct. 7 for PC, PlayStation 4, Xbox One, PS3, and Xbox 360, Dragon Age: Inquisition is the third entry in developer BioWare’s fantasy role-playing series. As the leader of the the Inquisition, you have to plug up the freshly opened inter-dimensional gap that’s allowing a slew of demons to cross over into your world. And as if that’s not enough to worry about, the decisions you make along the way can have far-reaching effects.

But that wasn’t immediately clear when BioWare gave an overview of the game at a recent press event, where it tossed around huge numbers like, “over 1 billion possible faces” for your character, or, “250 combat abilities and talents” to choose from. Even with the video clips the company showed, it was hard to get a sense of what those numbers and their respective PowerPoint slides meant for the gameplay. So I followed-up with executive producer Mark Darrah to clarify the stakes involved in your latest crusade.

Here’s what I learned: 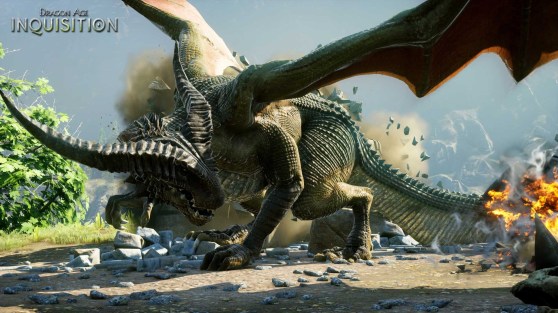 Above: You can’t call it “Dragon Age” without putting at least one dragon in there.

You don’t have to act like the ‘Chosen One’

Like with the previous Dragon Age titles, you can create your own character by fine-tuning a bunch of options, including gender, race, and voice. Your hero is the only survivor of a magical explosion that ripped open the barrier between your world and the demon world. The mysterious circumstances surrounding your involvement, plus the strange mark on your hand — the key to closing the demon-spewing rift — makes you the Chosen One. But with all the different choices you’ll make, you don’t necessarily have to act like Dragon Age’s only savior.

“A lot of the themes of the game are about whether or not you really feel like you are the chosen one or if it’s just a product of circumstance,” said Darrah.

You’ll make hundreds of decisions that’ll shape your story. This can stem from places like the Judgement System, where you decide the fate of captured enemies or even just the way you treat other characters when you talk to them. Complex conversation trees have been a staple for all of BioWare’s RPGs, and this time, they’re getting an upgrade. The dialogue wheel and staged camera angles are still around in what BioWare calls its highly cinematic conversations, but now you have a different and more direct way of building or ruining your relationships.

“Additionally, we’re using something we’re calling Real-Time Role-Playing, where the conversations are less disruptive, you stay in control of your character more — you still have the ability to choose your responses, but you also have the ability to walk away from a conversation right in the middle and terminate it that way,” said Darrah. 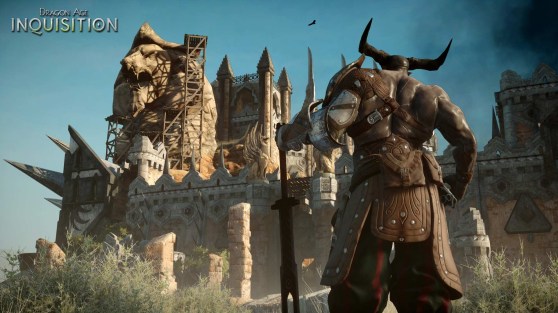 Above: You’ll visit a wide variety of regions.

With a little help from your friends

With the world in such dire straits, it needs an experienced group of warriors, mages, and rogues who already wield some kind of power. The Inquisition is a group with crucial ties to Dragon Age’s past, predating even the Chantry, the major religious organization in Thedas. But since the church and the other ruling factions aren’t doing anything to stop the demonic waves, your cohort decides to take matters into its own hands by invoking a legal clause that allows the group to exist outside the Chantry.

Thus, the Inquisition — a group that hasn’t been around for 1,000 years — becomes a separate governing body, and because of its noble members, it can influence the fate of entire kingdoms and territories.

You can find a total of nine different characters to join your Inquisition, and according to Darrah, all of them are leaders in their own right. As an example, he mentioned Vivienne (pictured below), a powerful sorceress from the Orlesion Circle Mages. Though some followers will join early on and stick with you for the entire game, and others you can lose along the way or ask to leave. 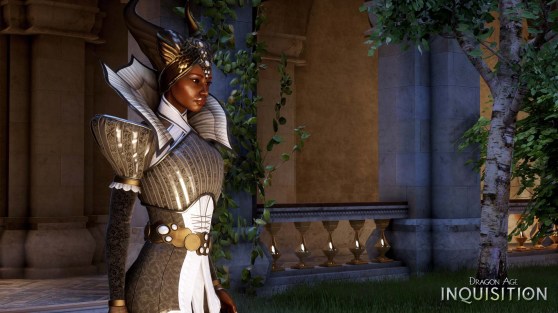 Dress the Inquisition in whatever color you want

One of the big numbers touted in the meeting — 16 million — reflects the total amount of possible armor combinations that you can craft between you and your team. Some of the writers have something special in mind for this new customization system. They plan on dressing their parties in bright pink armor and calling them the “Pinkquisition.”

What happens after you save the day?

Dragon Age: Inquisition has 40 different endings, which for the most part, are variations of a single event: defeating “the big bad guy” and closing the portal. Of course, which one you end up seeing depends on the choices you make. Darrah couldn’t offer too many details, but he did say that the fallout from that event will differ depending on your relationship with the other characters, and that your actions can even determine who’s in charge of certain nations.

That last part could have huge implications considering the thousands of square miles you’ll cover in your adventure. During your quest, you’ll pass through two kingdoms — Ferelden and Orlais — and the 10 distinct regions within them, all of which differ in terms of topography, ecosystems, and enemy types. One of the video clips gave a bird’s eye view of these areas, showing lush forests, underground cities, and open fields. 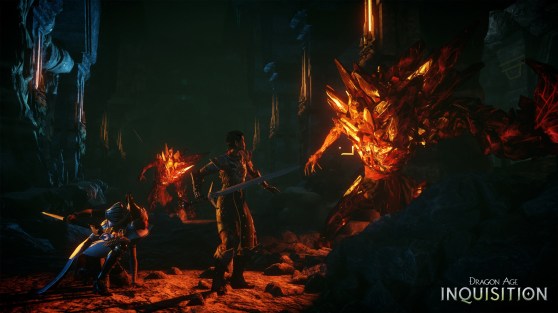 Above: Each area will have different monsters to fight.

BioWare has been talking about Dragon Age: Inquisition in some shape or form for years now, so it was disappointing to see that the studio didn’t have anything more concrete to show. At this year’s Electronic Entertainment Expo in Los Angeles (which will be well under way by the time you read this), Darrah said that BioWare will present a live demo that’ll show “a slice” of Inquisition’s gameplay.