Harmonix is announcing today that it is launching Dance Central Spotlight for the Xbox One video game console. Three previous Dance Central motion-sensing dance games debuted on the Xbox 360. The addition of the Xbox One, with its beefed up Kinect sensor, should broaden the kinds of dance experiences you can have.

Besides getting the core dance experience on Xbox One, the new game has better more accurate motion detection, so the choreography can be a lot better, said Matt Nordhaus, the project director at Harmonix for the game, in an interview. Other developers have pulled back from Kinect, but Harmonix is betting that the dance genre will still be extremely popular on the motion-sensing platforms such as Microsoft’s Kinect. We caught up with Nordhaus to talk about the process of taking Dance Central to the new version of Kinect at a press event.

Harmonix is revealing the game at the Electronic Entertainment Expo (E3) trade show in Los Angeles today. Here’s an edited transcript of our interview.

GamesBeat: How many of Dance Centrals have you worked on?

Matthew Nordhaus: This is my first Dance Central game. I worked previously on the Rock Band Network. I did version one and two of that, and then Rock Band Blitz. Then I worked for some time on some unreleased projects.

GamesBeat: How many Dance Centrals have there been now?

Nordhaus: Spotlight is the fourth Dance Central. One, two, and three were all on Xbox 360.

GamesBeat: What’s the mission going to Xbox One?

Nordhaus: The mission was to try to get the core Dance Central experience on Xbox One. That has to do basically with dancing and music. We have really good skeleton detection and scoring, really good choreography that’s very authentic. We now have a pipeline that lets us get music into the game very quickly. We hope that we can get people dancing and then get them dancing to their favorite music when it’s still on the charts. 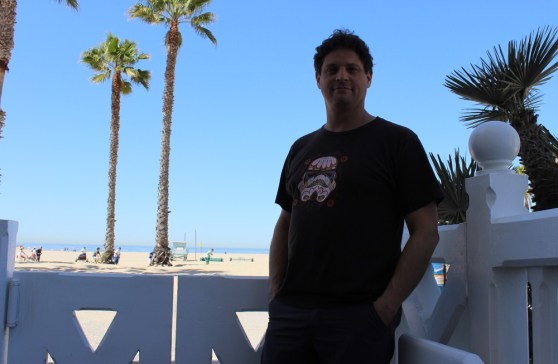 Above: Matt Nordhaus of Harmonix

GamesBeat: How would you describe the accuracy? Is it not as fuzzy as it used to be?

Nordhaus: The new Kinect does give us more joints. It’s faster. There’s less latency from the Kinect to the Xbox. The camera is certainly higher-resolution. We can do things like check your hand grip, whether it’s open or closed. We’re not using that in the dancing, but previously our scoring system relied on a bunch of hand-tuning with QA dancers. Because of the new Kinect we’re able to skip that step in the creation process. That’s one thing that lets us get the songs out more quickly and create more routines.

GamesBeat: Are there more kinds of gestures that you would recognize?

Nordhaus: We had many thousands of dance moves in our catalog already from all of our previous songs and DLC. There’s not a ton of new gestures. We’ve covered a lot of the basic dance moves. But we’re definitely able to detect your position and compare you to the mocap of the original more accurately than before.

GamesBeat: Where would you say the limits are, still, as far as being extremely precise? Are there still challenges there?

Nordhaus: One challenge is latency. There are several hundred milliseconds, sometimes, between what you see on the screen and what the camera sees. It goes through the Xbox and the audiovisual system. We have to adjust for that.

Then there’s just the human ability to dance. We could make it so difficult that no one would ever get a perfect score, but that’s no fun. Part of the challenge is to tune it so that it recognizes people who are really good at the moves, but aren’t 100 percent perfect, and rewards them in that fashion. But we have to still keep it accessible to people who are brand new and just starting out on the very easy difficulties. 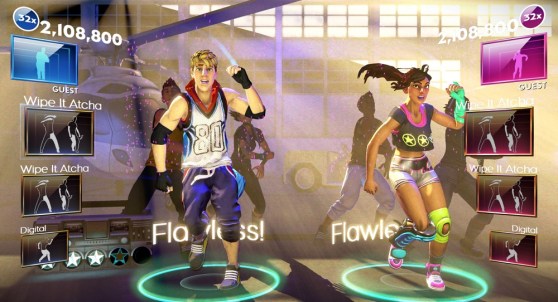 GamesBeat: Do you have more modes geared toward those kinds of fanatical dancers?

Nordhaus: We do. We have some very committed fans, and we have some extra difficult routines for them. Every song will ship with not only the standard difficulty, but also a secondary routine that’s just as difficult or more difficult than the Expert routines from the original Dance Central games.

In the original Dance Centrals, there was a progression through the difficulties that allowed you to learn them. The moves were shared. But this other alternate routine is all new moves with nothing to teach you, apart from just playing it. It’s going to represent a significant challenge. It’s going to reward the players who really enjoy Dance Central and want to dance like crazy.

GamesBeat: What’s the extent of the model that you’re talking about? It’s a cheaper game with a smaller number of songs up front, 10 songs, but with lots of DLC?

Nordhaus: A lot of choice for people to get songs that they want. That’s the primary reason that people buy songs – they just like the song. We want to give them as much choice as we can on that. Part of that, too, is about getting them the songs as quickly as possible. If we can get them a song while it’s still charting, that’s very fun for the fans. They’re much more likely to buy it if it’s still on their minds.

GamesBeat: Do you know how quickly you could jump on something like that?

Nordhaus: I don’t, because there’s licensing the song, then producing it, and then getting it propped up on the commerce solution on Xbox Live. That latter process is the same as it was before. We can’t be sure. All we know is that it’s a lot shorter than it used to be.

It used to be multiple weeks of creating a routine and QAing it. That’s going to be cut down very substantially, maybe as little as a few days or a week to create a routine. We don’t know for sure yet, though. We’ll have to try it out and see.

GamesBeat: This model, does it fit in more with the general move toward free-to-play or whatever you’d call it? Cheap-to-play?

Nordhaus: We’re not free-to-play in the way that a mobile free-to-play game is, with hard and soft currencies or anything like that. We don’t have any of those monetization mechanics built in. We’re basically just an accessible game that you can expand at your whim. We hope we’re going to make it as convenient as possible for people to buy more songs. But there’s no grinding versus paying to win, for example. It’s all pretty much up front.

GamesBeat: There doesn’t seem to be anybody else out there pushing Kinect as hard as you guys.

Nordhaus: Just Dance is out. I assume they’ll come out with another one this year. I know that Xbox Fitness is a very successful Kinect title.

GamesBeat: How would you distinguish yourselves from Just Dance?

Nordhaus: Our choreography is probably the biggest differentiator. We have dancers who create choreography from scratch. It’s more authentic. Our scoring is also a lot more accurate.

GamesBeat: Was there anything else about the Xbox One that you’re incorporating or taking advantage of? 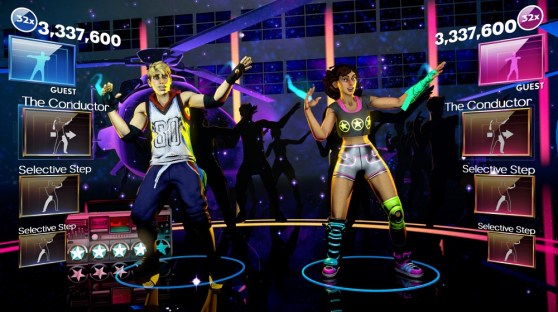