We stopped by Electronic Arts headquarters in Redwood City, Calif., for a visit with Peter Moore, the chief operating officer of the giant video game company. Moore was getting ready for the Electronic Entertainment Expo (E3) and was about to call John Madden to tell him who the Madden NFL cover athlete would be (the winner is Seattle Seahawks standout cornerback Richard Sherman). But he found time to talk to me about how EA is trying to find its center with video game fans again.

The company was voted the “worst company in America” twice, but it escaped that fate this year under new chief executive Andrew Wilson. EA is regularly consulting players, and it is listening to its community of 330 million monthly active players. It consulted with them on its new Battlefield Hardline game, which is being unveiled at this week’s E3 show.

In our wide-ranging interview, Moore talked about why EA isn’t supporting the Wii U, the challenges of next-generation development, new games like Star Wars: Battlefront and Mirror’s Edge, and the new game empires of Apple, Google, and Amazon. Here’s an edited transcript of our interview.

GamesBeat: What’s on your plate for E3?

Peter Moore: It’s a little easier. This time last year we didn’t have a CEO. We obviously do now. That allows me to step back and do more real work, rather than being the face of the company and leading the press conferences. A lot more time to spend with the media and with analysts and investors. We’re a company that continues to keep Wall Street both interested and happy. We do a lot of analyst work and a lot of investor work at E3. I work with Blake Jorgenson, our CFO, and our IR department. That’s 100 percent of my time. I rarely get to see a retailer, which I’ll try to do as well.

As it currently stands, you won’t even see me on stage. I’ll be sat down with you somewhere. Andrew will lead that.

GamesBeat: There’s a move to get back the players, I guess?

Moore: I don’t know about “get back,” but continue to listen and take input from players at a higher level. We’ve always done that, but I think the tools and the desire from the player community is stronger than ever. Our ability to listen and implement feedback, in particular on some of our longer lead time games that are two or three years in development, has never been more front and center for us as far as what we need to do.

We did it with Battlefield Hardline. We have a group called the Game Changers, who are linked to just about every franchise in the company. These are core gamers who understand the genre, who are articulate, who can give feedback, who have played either that particular franchise or the genre as a whole for many years.

We can get good, meaningful, actionable feedback in a timely way. Usually around alpha. As you get to beta, it’s more difficult. You get feature complete. But if you can get them in early on a playable version of the game, listen to them playing, get some feedback from them, we’re doing that. We’re doing that all across the company. It’s a great bunch. In the last couple of years, we’re getting them in earlier and giving them playable builds. Typically they have to come on campus to do that. And we listen to them and talk to them afterward. There’s a greater focus on what we call “player first.” 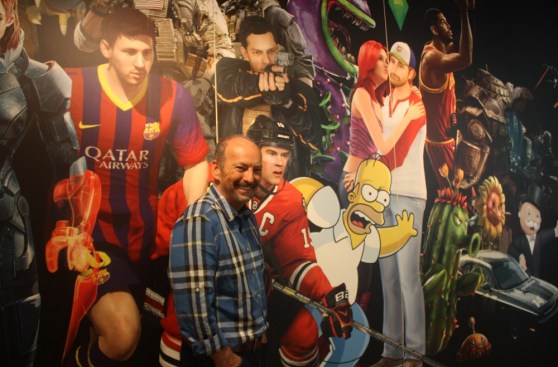 Above: Peter Moore, the chief operating officer of Electronic Arts.

GamesBeat: Does that lead to some things like, say, more interest in building communities around games, like Riot or Valve does?

Moore: We always have. 330 million played some form of an EA experience last month. We have community. It’s how you manage it, how you listen to them. We have, in Sandy’s broader group, community managers all around the world whose job it is to help gamers, listen to them, provide feedback, and get the jewels of information from these guys and bring it to the game teams.

They act as liaisons between the community. They listen to the complaints as well as the plaudits. They watch what goes on in the forums, because the community is also fragmented into individual forums. You can go into the depths of Reddit or NeoGAF and there’s intelligent conversations there somewhere. I know they’re there. That’s where you get to the core. If you spend a lot of time reading, you have to sift through some of the vitriol, but that’s where the core lives.

Community management is something we’ve always done here. The tools and the amount of people now, the top of the funnel, is greater than ever.

GamesBeat: What’s the key there in engaging with the community and then also just making sure you stay off the worst-company-in-America list?

Moore: You follow me on Twitter. I’ll try to talk to people who want to talk, rather than just shout. I ask them, “If this is a rant, fine. If it’s something I can help you with, I’ll do that.” A lot of people do that. There is carte blanche in this company, as long as you use common sense, whether it’s through Twitter or Facebook or even Instagram now—people post photographs of glitches. We jump in and try and help that way.

The idea ultimately becomes, we’ve been listening. We need to communicate the fact that we’re listening. We’re a big company. Over 8,000 employees. 70-odd locations around the world. Franchises that are being built on just about every continent. We have to tie all that back together again and get back to the roots of what built this company, which is focusing on the gamer.

That’s a mantra around here. It always has been, but it’s got lost in some of the other drama of the titles you just alluded to, which I think becomes a bit of a runaway train with gamers. People can pile on, and sometimes rightly so, but sometimes unfairly so.

GamesBeat: Under Andrew Wilson, EA’s new CEO, have you had more leeway to pay attention to some of these things?

Moore: Even during the tenure when John left and we had Larry here, Larry was very focused on—he’d been here for a quarter century. He built this company. Some of the things he was reading and some of the things we did—the ability for us to be able to prove who we were again was very important to him. Andrew has continued that.

Andrew’s roots differ from John’s and Larry’s, coming from the development community within FIFA. Things hit harder to home for him, what you’re accused of and what you really do. He worked in Vancouver and worked on FIFA and built it from the 2006-2007 year, when we were neck and neck with Pro Evo. It’s very important to Andrew.

GamesBeat: I noticed a lot of games coming up to this point have all slipped into 2015 across the whole industry. It seems like maybe next-gen is still pretty hard.