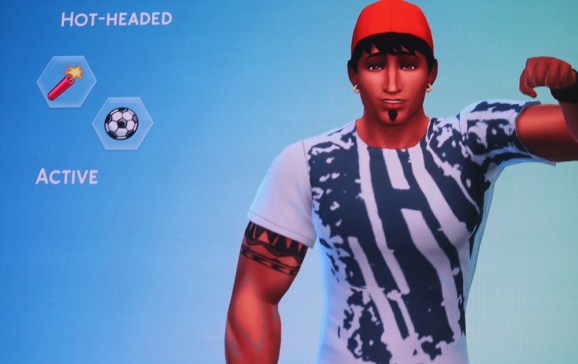 LOS ANGELES — Electronic Arts unveiled more details about one of its most important new games, The Sims 4, and we’re getting downright emotional. The new title will let you create virtual characters with more emotional storytelling, unique personality traits, and expressions than you could create in the past.

The Sims is perhaps the most successful video game series of all time, with more than 175 million copies sold as of September 2013. The original Sims was the creation of former EA game designer Will Wright and his Maxis game studio, now a subsidiary of EA. The original sold 2 million copies when it debuted in 2000. But The Sims has been growing as EA pumped out sequel after sequel.

But The Sims 4 is a major new effort, as it represents a major revamping of the game engine and the graphics that it can make possible. If EA handles this launch correctly, the game will likely be one of its major sellers for years to come.

At the Electronic Entertainment Expo (E3) tradeshow in Los Angeles today, EA showed off how the emotional system works in The Sims 4. You can now choose the personality traits of your Sims, like making a guy into a hot head. At a scene at the gym, the hothead blows his top while talking to others, and he can’t get over the fact that another Sim humiliated him.

You can stage a house party to try to cheer up your Sim. But if the mean Sims show up, they can ruin the party. You can counter it by looking for someone else’s cheerful Sim and insert her into the party. Yes, you can take a Sim create by someone else and insert it into the game, and that helps you direct the emotions of your Sim.

EA’s The Sims 4 will hit stores on Sept. 2. Last year, EA studio Maxis announced the game and revealed its new Sim creation tools. You’ll be able to fashion a new home and create a Sim character much faster than you could in the past. And the characters will look better.