Confirmed just a tad over a month ago by BioWare, Dragon Age: Inquisition will be released on October 7th, 2014. Not long after the April announcement, Inquisition quickly became available for preorder at several online retailers. Two editions have been announced – the Standard Edition for $59.99 and the Deluxe Edition for $69.99. The game will release for all the essential platforms: Xbox One, PS4, Xbox 360, PS3, and PC. (Sorry, Wii U.)

Is the extra ~$15 worth it for the Deluxe? You’ll have to decide for yourself, but we’ll try to guide you through the decision process.

For those who just want the game without all the frills and digital in-game goodies, there’s a strong case for getting the Standard Edition on the PC. That case is cost: the PC Digital version of Inquisition can be purchased after for around $10 off via digital retailers.

Note: There is currently a special winter sale price on Inquisition, which ends near new year. This is both the lowest ever price we’ve seen on Inquisition for both the standard and deluxe edition.

For the Deluxe Edition of Inquisition, the price is . On the PC, you’ll only be able to find the Digital Deluxe Edition at the Origin Store, whereas for other platforms your usual retail suspects will carry the title, with retailer-specific exclusives not yet fully announced. On consoles, we doubt there will be much in the way of preorder discounts for either the Deluxe or Standard Edition, simply due to the nature of the physical medium.

As a preorder bonus, most retailers are throwing in the “Flames of the Inquisition Weapons Arsenal”. This is a preorder bonus for the Standard Edition of the game, but if you happen to buy after the game is released, it will only be found in the Deluxe Edition. The four included weapons are shown below: 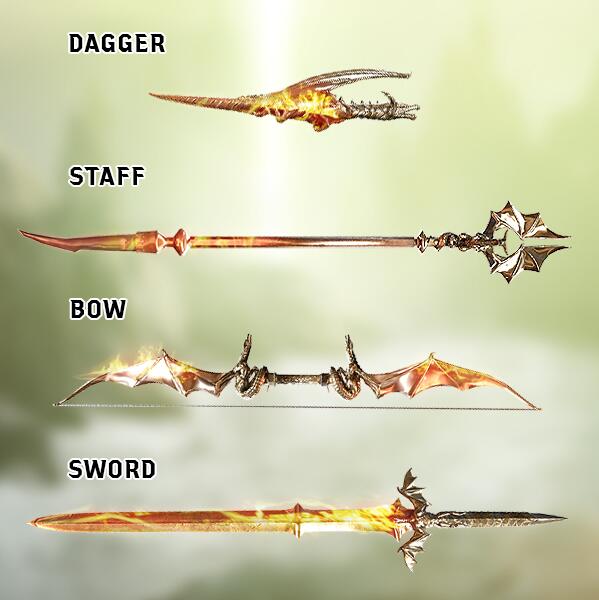 Is it worth the extra money for the Deluxe Edition? Or rather, to quote Sandal, “Enchantment”? The lowdown at this point is in the list of Deluxe Edition features, there’s still an unannounced field of “bonus digital content” to be announced by BioWare.

While vague promises of further bonus content are all well and good, it’s likely BioWare has already announced the best bonuses already, and anything else is icing on the cake. Given that there is no discount available on the Deluxe Edition just yet, those interested may want to wait until all details are released to fork over the cash. If, however, you’ve already decided on the Standard Edition on PC, the $50 price tag is very alluring and will most likely expire soon.