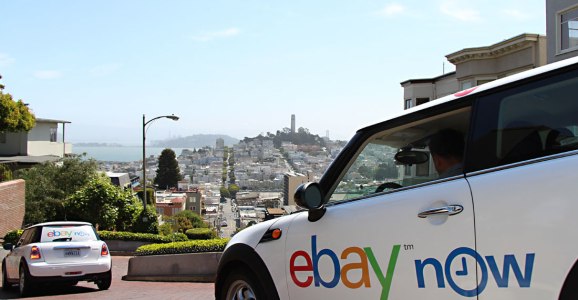 Two years after launching its local delivery service eBay Now, eBay plans to shut it down, a VentureBeat source claims.

Born out of the $75 million acquisition of Milo, eBay’s local team launched eBay Now in 2012 alongside competing same-day services like WunWun and Postmates. The race to conquer local delivery is red-hot — recent entrants include none other than Google and Uber — but despite eBay’s head start, the company may ultimately sit this one out.

Things aren’t well on eBay’s local team, sources say. At the end of April, eBay quietly fired its team of “valets,” and transferred its deliveries to third-party couriers, a shift enabled by the company’s earlier acquisition of Shutl. Simultaneously, eBay’s director of local commerce and East Coast operations head departed. Since then, the company has ended its relationship with early retail partners, including Best Buy (an eBay spokesperson later told VentureBeat that eBay still maintains aspects of its relationship with Best Buy).

The service is blowing a ton of resources, one source claims, and may not last, prompting eBay to walk away from pricing deals with retailers. An eBay spokesperson refused to deny claims that its eBay Now pricing deal with Best Buy has ended.

Back in September 2013, eBay announced plans to launch in London “early next year.” And in October, Deb Sharkey, VP of Local at eBay, laid out an aggressive plan to operate in 25 U.S. cities — including internationally — by the end of 2014. Such plans no longer exist, according to an eBay spokesperson: “We are focused on supporting eBay Now in its current markets (San Francisco, San Jose, New York, Chicago, and Dallas), and we are not announcing any new market expansions at this time.”

A former eBay Now valet, reached by VentureBeat for comment, claims that “the service definitely wasn’t well-managed at all, and the respect for employees took a sudden turn for the worst after about a couple months of the service running.”

“I think around holiday time the service becomes pretty popular and useful,” the former employee said, “but outside of that they don’t have enough orders on a consistent daily basis to keep it alive.”

“It’s so much more than just a delivery service,” said a second former eBay Now valet. “It’s a personal shopping service. As such, it requires a special touch on each and every order. That’s difficult to obtain under the model eBay has chosen to pursue.”

An eBay spokesperson tells VentureBeat that it continues “to work with a wide variety of big retailers offering consumers same-day delivery,” including “Bloomingdales, Walgreens, Macy’s, Home Depot, Target, and others.”

When asked for comment, eBay did not deny plans to downsize or shut down; it stated that it “will continue to test and evaluate local capabilities that bring new services and solutions to our retail partners and seamlessly connect buyers and sellers through shipping, delivery, or in-store pick-up.”

“We remain committed to local delivery,” an eBay spokesperson told us.

Later, eBay reached out with a firmer denial: “There are no plans to shut down our same day delivery offering,” a spokesperson claims.

Yet, when specifically asked to confirm if eBay Now will or will not shut down within the next year, an eBay spokesperson refused to comment.