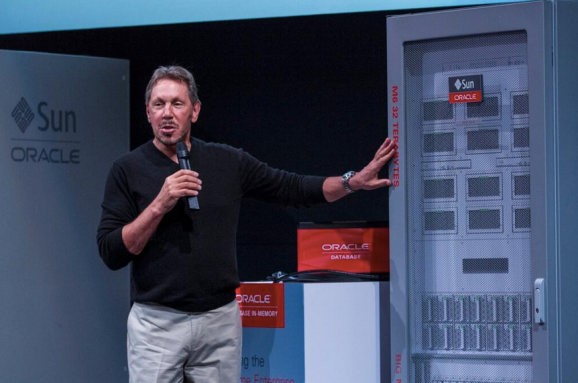 Oracle databases around the world, used for recording critical business transactions and performing analytics, are about to get faster.

Larry Ellison, co-founder and chief executive of the legacy database vendor, announced the introduction of in-memory capability for the Oracle Database 12c software at a press event at company headquarters in Redwood Shores, Calif., today.

With this update, admins can arrange for information to be stored in the memory of a server, rather than on disk drives that can live farther away from chips. Memory performs faster than disk, so this means applications using the new technology will respond more quickly.

The move positions Oracle to go right up against SAP when it comes to fast-acting in-memory databases. SAP has been improving its reputation with its HANA in-memory database software in the past couple of years, and now HANA is becoming easier for companies to consume in cloud-based versions. So souping up Oracle databases for speed to keep up with SAP makes good sense.

Oracle said developers won’t have to rework their applications that use Oracle databases should they want to incorporate in-memory capability.

Of course, Oracle thinks its new in-memory technology will run best on its own hardware. But it can run on servers from other vendors, too, Oracle said.

The option will become generally available in July. Oracle did not say today how much it would cost.