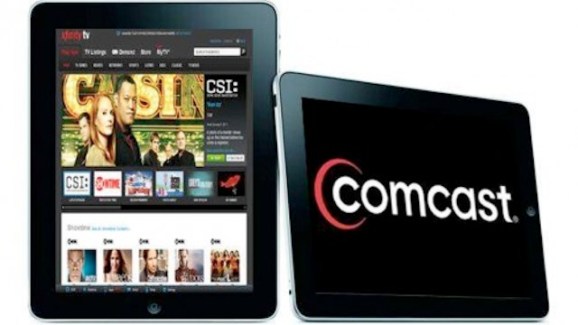 Cable TV company Comcast plans to launch its own streaming video service that will compete with Google’s YouTube, the company confirmed today.

The new video service, which was first rumored back in March, will be available through Comcast’s X1 set-top box via a standalone app. And like YouTube, it will allow people to upload their own videos. Comcast senior vice president of video Matt Strauss confirmed the news and told Gigaom that the company plans to launch the service to a limited number of customers before the end of the year. VentureBeat has reached out to Comcast for more details and will update this post with any new information.

OK, so now it’s question time. Why would Comcast want to launch its own YouTube?

Google is making money from YouTube, but thus far it hasn’t been able to generate ad revenue on the same scale as the TV ad industry. On top of that, a slew of YouTube channel partners aren’t making enough money from the videos they upload. If Comcast can figure out how to generate TV ad-level revenue and poach some of those creators, launching a YouTube clone might not be such a bad idea. (Also, Strauss said there will be a variety of monetization options for creators, which should help Comcast recruit those YouTube stars.)

Strauss said Comcast’s streaming video service will differ from YouTube because there won’t be an explicit focus on user-generated content. But that’s not where the big money is, anyway, which is why YouTube has spent millions over the last two years trying to cultivate a network of premium content partners.

But based on Strauss’ comments, it sounds like the company is looking at a streaming video service as a long-term play to diversify the kind of content it delivers to subscribers. We all know the business model for traditional linear TV with bundled TV channels is slowly dying (cable TV subscriptions are down across the board), and this could be how cable TV transitions into a new model.

Strauss also told Gigaom’s Janko Roettgers that Comcast is interested in offering more niche content that has a strong appeal from smaller groups. The comparisons with YouTube immediately make me think that Comcast’s version will only contain content from the most popular YouTube channels — which is a likely possibility — but it could also take the form of foreign language channels that air in other countries. (And if that’s the case, why not offer any active TV channel that isn’t currently available via those traditional cable channel lineups?)

Comcast isn’t the only major company interested in launching a YouTube clone. While nothing has been confirmed, Yahoo is also reportedly working on a streaming video service to take on YouTube.