In a new ad, Uber solicits users to do its dirty work.

For $250 in free rides, all you have to do is intro a Lyft driver to Uber. Uber’s Twitter ad [below] marks the company’s latest attempt to undermine the efforts of its chief competitor, Lyft.

To recruit new drivers, both startups famously play dirty; a $500 bonus is par for the course whenever a driver switches teams. Uber’s move to enlist civilians, however, shows how far it’s willing to go. A $1.2 billion raise and a $17 billion valuation has only encouraged Uber to throw its weight around. 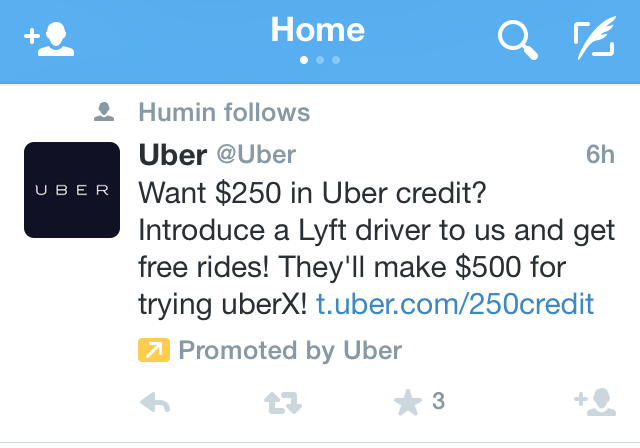 This aggression is apparently not without reason. Lyft is reportedly growing faster than Uber, despite Uber’s significantly larger warchest.