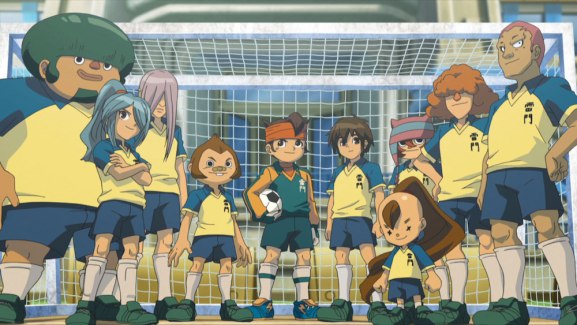 You play as the Raimon Junior High soccer team in Inazuma Eleven.

While the gaming world is experiencing the Day-Glo dream that is the giant Electronic Entertainment Expo tradeshow this week, the rest of the planet is getting ready for an even bigger spectacle. Yes, I’m talking about soccer’s World Cup tournament. And as many in our trusty crew brave crowded corridors and back-to-back meetings at E3, I wanted to talk a little football — the kind you play with your feet.

Most fans are familiar with EA Sports’ FIFA and Konami’s Pro Evolution Soccer (PES). These two are the dominant franchises in virtual football, and they both provide pseudo-simulation experiences that cater to diehards. But what if you want to play something different? Thankfully, digital soccer’s diverse squad has plenty of quirky players to bring off the bench.

Here are just a few you should check out:

Japanese role-playing games like to go beyond the fantasy and sci-fi backdrops that we’re accustomed to. And in the case of Inazuma Eleven, the soccer pitch is the battlefield. This originally came out for the Nintendo DS handheld in Japan, but thankfully, publisher Level-5 brought it to North America this year as an eShop release for the 3DS.

In Inazuma Eleven, you play as Mark Evans, a soccer player in junior high school. Your main challenge is to recruit players for your team, so you can overcome rival clubs to win the Soccer Frontier championship.

The game has a heavy role-playing component, and individuals can control their teams in actual matches using the stylus. Characters even have unique attacks that mimic the elaborate specials you’d find in a Final Fantasy game.

Those who miss the twitchy gameplay of classic football should check out Sensible World of Soccer (SWOS) for Xbox 360. SWOS originally came out on the Amiga computer system in Europe 20 years ago, and it maintains a cult following there to this day. The 360 version of SWOS is actually a remake of the retro favorite, and it’s available as a downloadable release on Xbox Live. 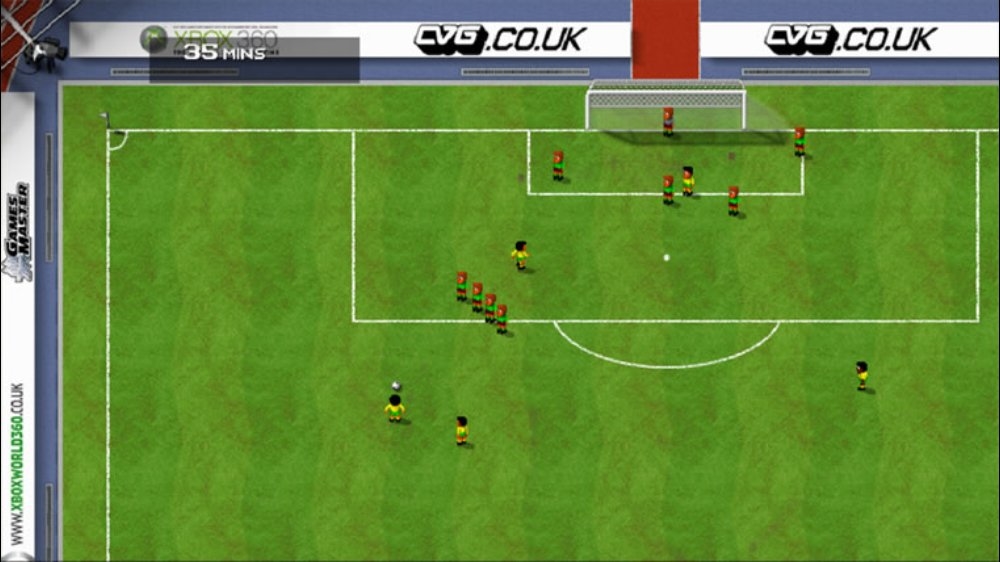 SWOS has a charming simplicity that will attract anyone who enjoyed these types of games back when they featured players with laughably fake names inspired by their real-world counterparts. The footballers themselves are tiny, and the sound effects are anything but robust. Yet, this has a surprising amount of depth, allowing people to edit teams and play through a career mode.

The core appeal, however, comes from SWOS’s delightfully pure mechanics — which should resonate with plenty of enthusiasts.

Hattrick ate up many hours of my life. I would have never imagined that a Web browser-based management game would accomplish such a task. But it did.

Its concept is pretty simple. You sign up for an account and then get a team filled with fictional players. At that point, it’s all up to you. Tactical decisions, player transfers, stadium upgrades — you’re responsible for everything. That’s what makes Hattrick so compelling, but that’s what can make it so daunting, too.

The service simulates all matchups in real time, so you have the choice of sitting and watching your gameplan unravel before your eyes or seeing your boys march to victory — minute by minute. Your ultimate purpose is to ascend through the different divisions in your region, growing your club and picking up better players as you move up. If you’re good at keeping all of those managerial plates spinning, you might become one of the top skippers in the elite levels.

Also, interacting with other managers gives Hattrick a social network-like feel at times, which adds an intriguing layer to the mix.

It’s all pretty cool, and I haven’t even discussed the league cups and international fixtures.

You can fit a soccer ball through this rabbit hole. Just make sure you’re ready before you go inside.

If you seek footy fun for your Android or iOS device, Pocket League Story might satisfy. Its developer, Kairosoft, should be familiar to some since the studio is also behind the wildly engaging Game Dev Story. 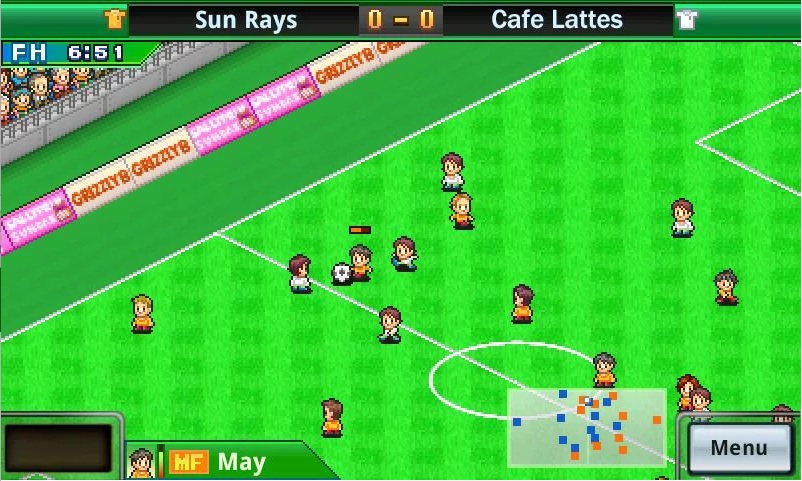 Like the Game Dev entries, Pocket League Story is a light simulation with mild role-playing components. But in Pocket League, you build a soccer team using cute, pixelated prospects. The title has a light-hearted look and feel, and anyone can jump right into its streamlined gameplay.

Pocket League Story has the capability to captivate you. Five minutes can easily turn into an hour, as you train your squad and watch the A.I. bumble through matches. So, maybe it’s not the best game to play if you’re on a tight schedule. Oh, and the sequel, Pocket League Story 2, is also available — which means your productivity might go down even more.

Did you buy an Xbox One before Microsoft announced a Kinect-free console option? Well, here’s a good excuse to break out that controversial camera. Kinect Sports Rivals is the newest game in the franchise that debuted on the 360, and it includes a soccer-themed minigame.

Above: The soccer minigame in Kinect Sports Rivals.

The difference here is that you actually use your body to control the action, so Rivals has an appeal unlike the other offerings on this list. Because of the Kinect’s limitations, you’re only able to aim and kick. You don’t actually run. So, the minigame is more like foosball than football, as you pass from player to player until you get to shoot at the goalie.

Still, Rivals represents one of the biggest departures from FIFA that you can make — outside of playing real soccer in an actual park.

Now that we’ve shared some of our favorite alternatives to FIFA and PES, we want to see yours. Leave a comment to keep the list going.

We hope you enjoy the Cup!