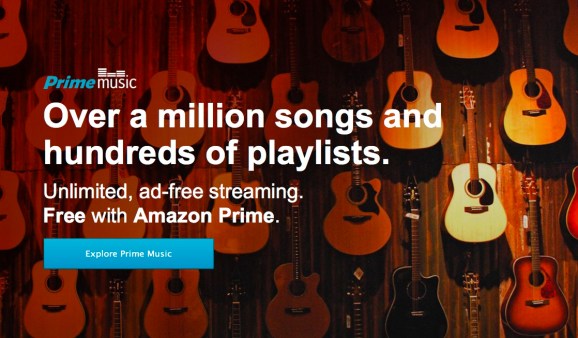 Prime Music joins a crowded market of premium streaming music services, including Apple-owned Beats Music, Spotify, Rdio, and many others. And like many of the other larger tech companies, Amazon is using this service as a way to bring in new customers and keep current customers loyal to Amazon.

The service isn’t free, but it is included in Amazon’s $100 annual Prime membership, which also offers a Netflix-like library of streaming video titles, a library lending program via Kindle, and “free” two-day shipping on lots of items sold through Amazon’s online retail store.

Prime Music makes songs from over 90,000 albums available to stream — which still pales in comparison to Spotify’s massive 20 million track library. Also, Universal Music Group — one of the three major music companies — is not participating at launch. (That means you won’t have access to any songs it produces.)

With the Prime Music launching so soon before the company’s June 18 presentation, I’m wondering how it fits into the larger picture. At the very least, this is Amazon’s response to Apple buying Beats Music.