Open source has been under the covers in enterprise for more than two decades, with software like Apache, Linux, and PHP in common use by developers everywhere. But it’s starting to take over headliner acts as well — as the Canopy initiative hopes to highlight next week in New York City.

At Google’s NYC campus, no less.

“In the last four years the notion of open source software in the enterprise has changed quite dramatically,” MuleSoft VP Ross Mason told VentureBeat. “Open source vendors have created very innovative platforms, and major companies have started running a huge number of their processes on open source.”

“Enabling open source for the enterprise” is on June 17th at 8AM at Google NYC.
Sign up here — free breakfast is provided.

Mulesoft has partnered with Google, Acquia, Alfresco, and Appnovation to form the “Canopy initiative,” an integrated umbrella of open source solutions and companies for enterprise. 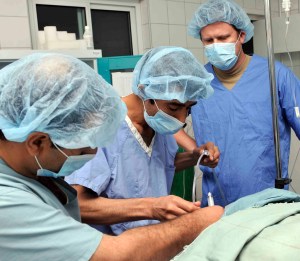 One example of enterprise-scale corporate adoption of open source Mason gave is of UCSF Medical Center, which recently implemented a new medical data platform. CareWeb connects the hospital’s medical record system with patient-doctor communications as well as doctor-specialist communications to centralize all data. It uses Salesforce Chatter, mobile apps, modern SMS messages, and Mulesoft to tie it all together.

“Before, they communicated via pager and email, but the conversation was all one to one, and there was no record of what the doctor said,” Mason says.

“The new system also opens up the conversation to third parties such as specialists, who can be invited via a mobile app to consult in real time. As soon as they accept that invitation, they can see whole history of the patient.”

Another example is Time Magazine, which has implemented Drupal for much of its publishing infrastructure and is moving all 24 of its major magazines, including Sports Illustrated and People, to Drupal as part of what it calls its “digital content management system.”

(Time’s CTO, Colin Bodell, will be delivering a presentation at the event.)

Google’s head of cloud for the Americas, Brandon Jung, will also be speaking at the event, which is intended to help enterprise business and IT leaders learn more about open-source solutions that scale to businesses of their size.

“Google is investing very heavily in data center and infrastructure-as-a-service technology,” he said.

“Underneath the Canopy umbrella, there’s the next generation of enterprise software companies, which are very aligned with Google’s software strategy. … This is very cool adjacent capability, and if Google is successful, more of our customers will be asking for solutions deployed on their cloud.”

Other speakers include Tom Wentworth of Acquia, which specializes in Drupal hosting; Marlene Williamson of Alfresco, the enterprise content management solution; and Sumit Sharma, who is the chief API strategist for MuleSoft.