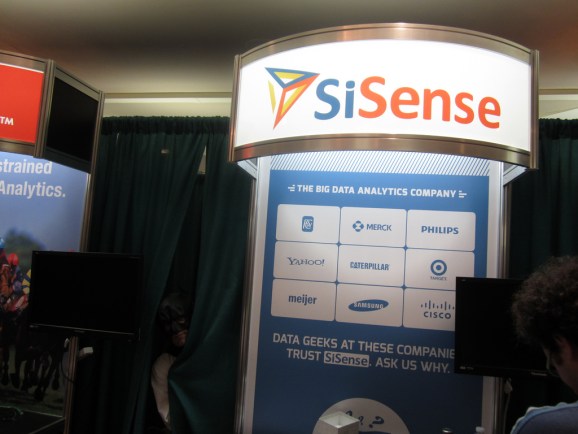 The company announced $30 million in new funding today, solidifying its position as it puts up with lots of other venture-backed business intelligence startups and tools from legacy vendors.

But Tableau and Qlik stand out as SiSense’s biggest competitors, a company spokeswoman told VentureBeat via email.

SiSense’s software takes care of cleaning up data and preparing it for analysis in conjunction with other data. Once SiSense has the data, people can visualize it, create web-based dashboards, and pull up and adjust those dashboards on desktops and mobile devices.

SiSense customers that Gartner surveyed in recent months reported that they signed up because of the software’s ability to handle lots of data, its performance, and its ease of use for developers.

Companies can run the SiSense software in their on-premises data centers or as a cloud service.

New York-based SiSense started in 2004. It employs 88 and will bring on dozens more by year’s end, the spokeswoman wrote. SiSense claims hundreds of customers, including Caterpillar, eBay, ESPN, Philips, and Samsung.

To date SiSense has raised $50 million. It announced a $10 million round of venture funding in April 2013.