Despite the growing backlash against clickbait hyperbole overtaking our social media feeds, viral media sites find new ways to crawl their way back into our lives.

“ClickHole prefers to think of you and every other person on earth as nothing more than an empty vessel existing purely to share content with other empty vessels. If every vessel does its part, we can make sure our children inherit a world free from non-viral content,” explains the site’s editor in a launch post.

To be sure, Clickhole has got the funny part down pat:

What’s more fascinating is how oddly addicting the site is. Even though I know it’s full of transparent clickbait fluff, I still felt compelled to take the “Which Hungry Hippo Are You?” quiz.

Sure, these silly quizzes are an obviously lazy mix of insider jokes and speculation; they are not windows into the soul. ClickHole reveals how it’s the immediate feedback and mystery that makes them so appealing. 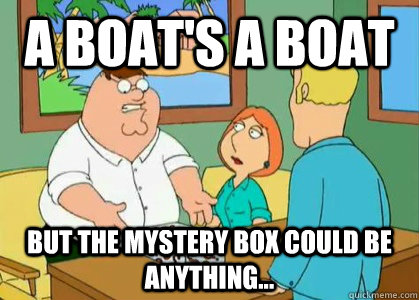 Cilckhole is deceptively insightful. It’s not just viral news sites like Buzzfeed and Upworthy that are guilty of clickbait: The pundit rage machine is its own version of clickbait.

“The longtime McDonald’s spokesclown is everything wrong with child-targeted marketing crammed into one yellow jumpsuit and the damage he has already done to our society is immeasurable,” reads the fake outrage from a self-proclaimed children’s health advocate, perfectly parodying the blind rage leveled at fast food restaurants.

In fairness, the Daily Show has had fun with this fact for about a decade:

Truth is, the media industry is struggling under declining ad revenue and the incentive to inflate stories is growing.

The Onion has called the industry on its sins and the jokes are spot on.