Putter Panda is coming for the data in your cloud.

These days, security experts are near-unanimous in their agreements that Chinese hackers are coming for your data, if they want it. High on their shopping lists are American aerospace, military, intelligence and technology secrets, intelligence officials told VentureBeat.

HyTrust is paying attention. The Mountain View, Calif.-based cloud security automation outfit was launched in 2007, raising $34 million in venture funding, some of it from In-Q-Tel, a CIA funded venture firm launched in 1999 to keep the agency and its sister intelligence organizations up to date on the latest in tech.

Since launching, the U.S. intelligence community, including the CIA, now accounts for one-third of HyTrust’s business. HyTrust has quickly gained a reputation for keeping their eyes, and pulse, on emerging threats to IT infrastructure — and protecting it.

As for severity of the breaches at the hands of Putter Panda, Crowdstrike put it this way:

“They are a determined adversary group, conducting intelligence-gathering operations targeting the Government, Defense, Research, and Technology sectors in the United States, with specific targeting of space, aerospace, and communications.”

HyTrust chief executive Eric Chiu is alarmed at the breadth, scope, and persistence of Chinese government-sanctioned hackers and their well-documented obsession for not just American tech secrets but those of the European Union as well. 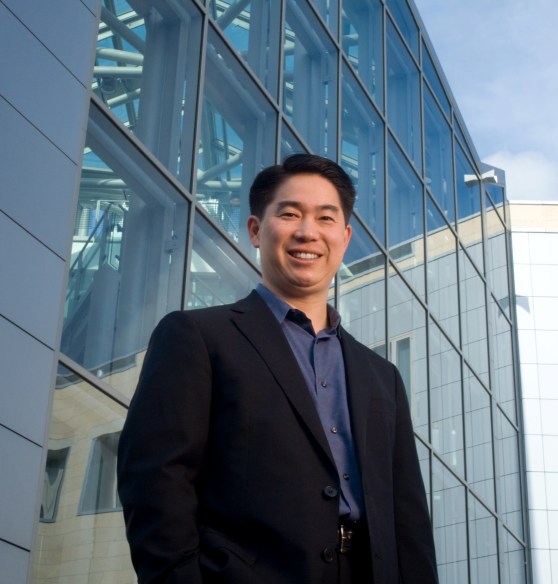 Indeed, Unit 61486 is headquartered in Shanghai, China, according to Crowdstrike, in a futuristic building surrounded by satellite intercept dishes and high walls. Unit 61486 joins their Chinese brethren Unit 61398, which saw five of their members unmasked and indicted by the U.S. Justice Department for stealing sensitive data from U.S. government and commercial systems in May.

HyTrust’s software solution has earned them accolades, and big revenues, as the government and private sector seek to keep their clouds secure, and the data too.

HyTrust’s solution breaks down into three parts: proactive controls; role-based monitoring of systems and a built-in capability to red flag unauthorized data access; and encryption that effectively scrambles and safeguards data to avoid breaches on your machine and information as it transits from device to cloud.

“We give clients the ability to make decisions on what you’re allowed, and not allowed, to do,” Chiu said.

Chiu said Chinese hacking will continue its relentless march to steal from the cloud. And Chiu offered VentureBeat and its readers five major ways you can protect your clouds from people like Putter Panda and Unit 61486.

“The need to protect data for the government is almost exactly the same as protecting data for our enterprise and commercial customers,” Chiu said.

“Cloud infrastructure collapses traditional physical systems like compute, networking and storage onto a single software layer which means that highly privileged administrators can copy every VM or destroy the entire virtualized data center in a matter of minutes.”

The Chinese are indeed coming. And here’s what to do.

5 ways to protect your cloud against Chinese cyberattacks

Bring it on, Putter Panda!