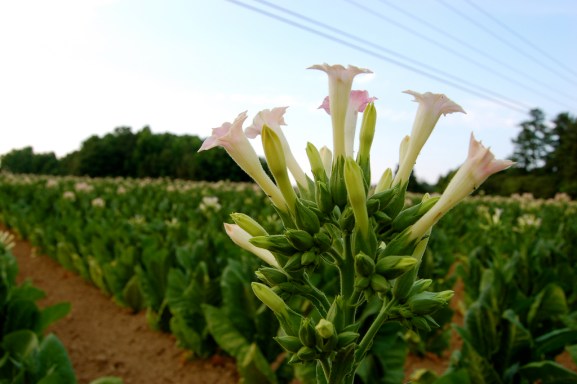 Microsoft’s got a cloud business to expand.

The tech giant has decided to grow its data center footprint in Mecklenburg County, Va., shelling out more than $346 million in the process, according to a statement yesterday from the office of Virginia Gov. Terry McAuliffe.

Fun Virginia fact: Mecklenburg County is one of the tobacco-growingest regions in a state famous for its tobacco culture and production. But due to widespread smoking cessation and the labor-intensive, land-wrecking characteristics of tobacco production, land use in the area (and its overall economy) is rapidly shifting. And who better to use said land than tech companies looking for sprawling tracts of land for giant data centers?

The expansion suggests that Microsoft expects increasing demand for its cloud. But let’s put that in context: Public cloud providers Amazon Web Services, Google, and IBM have been expanding their own fleets of data centers as well in recent months.

Perhaps more companies are coming around to the idea of working with the cheapest possible infrastructure, as Amazon, Google, and Microsoft compete more intensely on pricing than other public cloud providers. (As for IBM? Not so much.)

But even if that’s the case, Microsoft should experience plenty on demand for its cloud-based infrastructure in the years to come. Gartner recently bumped up its rating for the Microsoft Azure public cloud, and Microsoft has been adding features on a rapid basis.

The new site “is part of a growing number of datacenters worldwide that host more than 200 Microsoft services, which include services like Microsoft Azure and Office 365,” a company spokesman wrote in an email to VentureBeat.

Two months ago, Microsoft said it would expand its Iowa data center site.

Currently Microsoft’s US East region in Virginia offers virtual slices of physical servers, cloud-based databases, an Active Directory service, a content-distribution network, and other services. The infrastructure there does not run Visual Studio Online.