On Wednesday, Berlin’s The Factory opened (more on the opening) its 16,000 square-meter startup office. While all the other startups (such as 6Wunderkinder, Mozilla, Zendesk, and others) are still waiting to finally move into Berlin’s new startup space, SoundCloud’s office is the only one that is ready.

It spreads over three stories and has space for more than 170 people. Each conference room has a different neighborhood, and all are named after areas of the cities SoundCloud has offices in. One level has Berlin’s districts Mitte and Kreuzberg. The other level has rooms named after districts in London, New York and San Francisco.

READ MORE: Eric Schmidt: Europe’s The Factory ‘is perfect for the renaissance to come’

A special room in this office is SoundCloud’s very own recording studio. “Many of our employees record their own music. We want to offer them to do so in here to get the best results and express their musical creativity,” says Kelly Robinson, who designed the office in cooperation with Kinzo Berlin.  ”The recording room also leaves many options for events and community purposes,” she adds.

Also very cozy is the nap room. “With many people flying around through the different offices, they are often jetlagged when they get here. Here they can rest.” They put candles in the room as a sign. “If they are not lit, people can come in and work in silence. If a candle is lit, they know someone is asleep.”

“Our headquarters in Berlin gives the basic idea and tonality we want for our office around the world,” says Robinson. She adds that this project took overall more than two years. 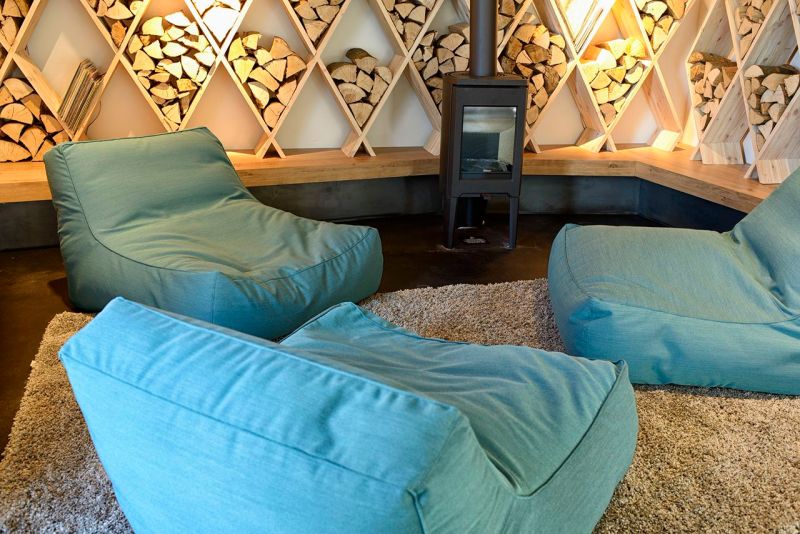 “The office space is just as much a long-term project as SoundCloud itself,” David Noël, VP Community at SoundCloud explained. “I told myself that if I ever have a bad day or don’t want to go to the office, I should leave the company,” he stated.

Noël has been with SoundCloud since it was founded five years ago and says the secret of staying motivated is to see the big picture and the long term achievements. For SoundCloud that means to improve the user experience, get more users on board and answer questions about how to deal with mobile challenges as a streaming platform.

SoundCloud does not share any user numbers. It does, however, state that with every minute 12 hours of sound are created on the platform. By focusing on creating content, SoundCloud differs to other platforms such as Spotify or Beats Music, but sure enough faces the same questions, e.g. how to be profitable.

When asked if a monthly model such as Spotify’s would be an option, Noël explained that SoundCloud looks at many options and models but has no concrete answer yet. Noël explained that the Pro Accounts (between €29 and €99) give extra features such as extended statistics to users who upload acoustic content and are popular.

The company will keep growing and, therefore, has an additional 400 square meters to take up within The Factory, as well as further space in an additional smaller building on The Factory’s site. As SoundCloud is focusing on the mobile experience, it is currently hiring.

The 2,910 square-meter SoundCloud HQ is absolutely worth a visit. SoundCloud knows so and plans on doing office tours for those interested once a month.

Next time you’re in Berlin, make sure not to miss the chance.