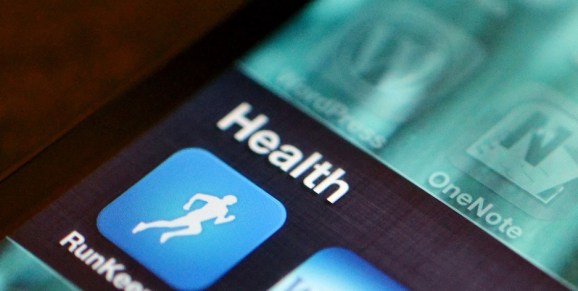 Agility and market awareness are vital in the digital health business. Jiff founder and CEO Derek Newell is proof.

His company, Jiff, first built a thing called Jiff Notes, an app that let patients take their doctor’s orders home on their device, complete with pictures and background information.

It didn’t work out. “We just couldn’t figure out a way to monetize it,” Newell told me.

But Jiff reinvented itself. It now builds connected health platforms for large companies (5,000 to 50,000 employees), and Newell believes the company is now on the right track.

Jiff’s white-label health data platform integrates with an employer’s existing benefits programs on one side and connects with a variety of consumer health apps and devices on the other.

Using the Jiff platform, companies can build employee wellness programs that use fitness devices and apps to monitor things like activity, weight, stress, sleep, and other metrics. Employees who registered a certain amount of exercise on their FitBit, for example, might get a discount on their insurance co-pay as a reward.

Employers could choose to buy fitness trackers for employees, Newell says, or the employee might pay for it him or herself. Either way, the devices could be bought through a store on the company’s health platform.

Jiff can also use medical claims data to assemble individualized health programs for employees. If an employer fulfills the requirements of the program, they might earn discounts on their copays, for example. Employers win because the end result is a healthier group of employees who file fewer health claims.

Companies pay Jiff a per-member-per-month licensing fee for the use of the platform, which is delivered as a software-as-a-service.

Newell tells me that Jiff has built employee health platforms for seven companies and is working on “six or seven” more. He says he expects Jiff to have 30 customers at the end of next January.

Newell says his company isn’t yet profitable, but is headed there. Jiff has so far taken just one $7.5 million round of funding, which it pulled in back in 2012.