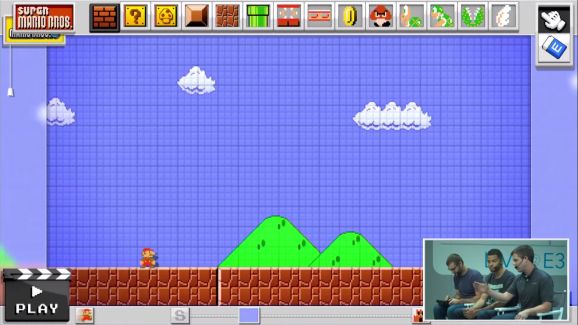 Video-streaming service Twitch broadcasted hours of content from the convention center, and millions of people tuned in to watch. That includes 5.9 million unique viewers on the first day of E3. Throughout the whole show, Twitch had 12 million unique viewers. This is further evidence that online video and livestreaming is changing the way gamers get information and interact with their games.

Livestreaming gameplay is quickly turning into a major hobby for young people. Twitch has well over 1 million people who broadcast themselves playing, and it regularly serves up video to more than 45 million unique viewers each month. This success likely explains why Twitch was the target of a YouTube acquisition rumor that claimed the Google company may shell out $1 billion to bring the gaming-foucsed site under its umbrella.

Twitch held its own livestreaming show, but publishers like Nintendo broadcasted content all week on their own channel. Fans showed up to watch, which is enabling game makers to speak directly to their customers.

“By helping our partners get the most value out of their E3 presence with our centralized platform and our partnership with the ESA, the numbers illustrated it was a resounding success,” Twitch vice president of marketing Matthew DiPietro said. “As a result, we were able to offer our global community a front row seat to all of the best content from the show.”

Twitch provided the following infographic to illustrate how E3 affected its site: