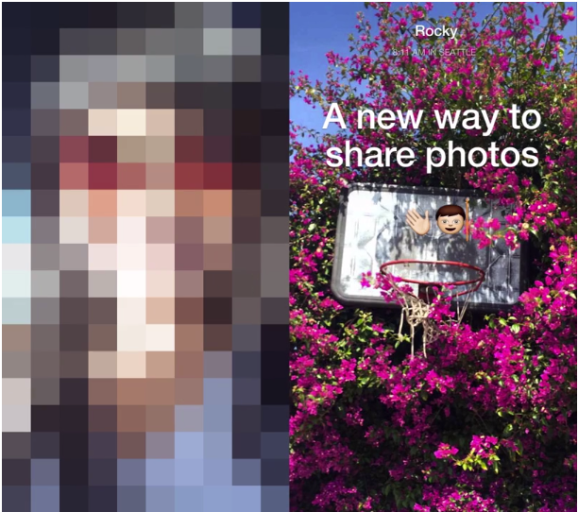 Slingshot sends annotated photo messages that disappear after you read them — just like Snapchat. It’s distinguishing feature is that you have to send content in order to un-lock content. That means if your friend sends you a message, you can’t open it until you send something back.

This functionality is a pretty counter-intuitive way of operating a chat app (not to mention a barrier to chatting), as The Verge notes. Why would anyone join a service like this, when there are a sea of others that let you send photos without having to constantly create new content? The feature essentially forces users to not only interact but also engage with lots of other people. Slingshot’s “Select All” function encourages users to send photos to everyone they’re connected with.

Slingshot certainly has some interesting tactics. It will be interesting to see if the new photo-sharing app catches on or gets left in the dust with the other clones. The app will be available in the Android and iTunes app stores starting Tuesday. Stay tuned for updates.