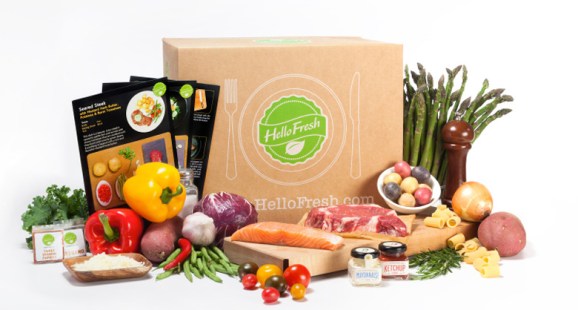 The food-centric startup has raised $50 million in a new funding round, the company announced today. New York-based Insight Venture Partners led the round, adding HelloFresh to its list of portfolio companies, which includes Indiegogo, Hootsuite, and Shopify. Existing investor Phenomen VC also participated in the funding.

These firms don’t care that HelloFresh isn’t building the next world-changing data technology or cloud service; they invested because they believe the business has solid fundamentals and traction. HelloFresh cofounder Hamish Shephard would agree. The Berlin-based company is profitable in Europe and is outpacing its growth targets in the U.S., he told VentureBeat yesterday. Shephard declined to disclose subscriber numbers but noted that the startup ships out more than a million meals to folks in the U.S. and Europe each month.

Founded in late 2011, HelloFresh delivers several ready-to-make meals a week to subscribers, who follow the included recipe cards to cook up their dishes. Meals cost subscribers between $9 and $11 per person, although they’re a bit pricier if you order a single box without subscribing.

HelloFresh competes with Blue Apron and Plated, which offer the same type of curated ingredient delivery service for cooks who want to skip the grocery shopping. All three startups forecast demand based on their subscriber numbers, keeping food waste to a minimum. HelloFresh has a larger European footprint than its two competitors, the result of its Berlin headquarters and head start in the market.

“The extensive experience we have means we can move quicker than anyone,” said Shephard.

Between its historical order data and solicited subscriber feedback, HelloFresh uses data to ensure it successfully caters to its customers. When the company’s business intelligence team discovers that vegetarians are more open to trying Indian food, or that Mediterranean-style chicken dishes are more popular than other chicken dishes, the team uses that data to curate its offerings appropriately, said Shephard.

“Everything we do is data-driven,” he said. “I know that’s a buzzword, but it’s true.”

But, ultimately, the most important data point is food quality, stressed Shephard. And he noted that ‘fresh’ is right there in the company’s name.