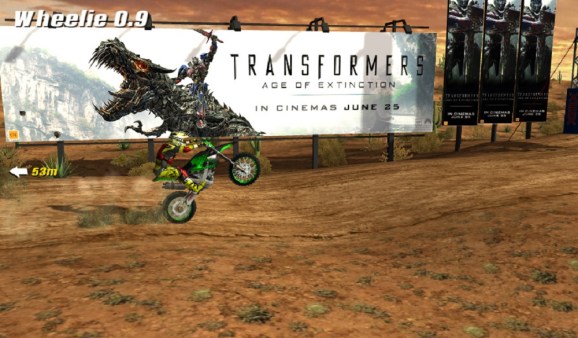 RapidFire is announcing today it has enabled dynamic in-game advertising in online games on Miniclip.com.

With dynamic ads, a game company can embed an ad unit inside a game, such as a billboard within a virtual environment. Then it can make the ads dynamic, or change them based on what a player has seen before.

This is the first time ever that Miniclip has been able to monetize content inside of its games in a scalable and real-time fashion since its 2001 founding. RapidFire gives advertisers a new and engaging way to reach consumers on Miniclip’s huge online gaming site for kids and casual gamers. Miniclip has 100 million monthly active players and 900 games for this new revenue stream.

“We’re thrilled to work with a strong partner like Miniclip, who has the ability to bring multiple game titles and millions of new players into our network,” says Jordan L. Howard, founder and CEO of RapidFire.

Check out VB’s Mobile Game Monetization report
Based on 176 developers with 1,100 total games and $600M in annual revenue

This is also one of the first times that web-based games have been able to contain dynamic in-game ads. Historically, this has only seen use in console and high-definition PC games. The reason for this is because web-based games have lacked the 3D graphics environments that enable billboards and other 3D ads to be fully visible to players.

“Miniclip is always looking for innovative advertising technologies that fit with our games. We have high demands when it comes to our various monetization models. In-game advertising is a solution that we think has great potential to become even more important over the next years,” says Sylvia Epaillard, the senior advertising manager at Miniclip.

Miniclip is including the Radial Network in games such as Motocross Nitro, Turbo Racing 3, Diablo Valley Rally, Pro Kicker Frenzy, and Basketball Jam Shots. In the coming weeks, additional Miniclip games will use RapidFire.

RapidFire was founded in 2012 as an in-game advertising agency, mostly doing product placement in video games. It switched 11 months ago to operate as an in-game ad network, similar to the older companies like Massive (which Microsoft acquired) and IGA Worldwide. RapidFire has 15 employees, and it has been bootstrapped without outside funding. The company has run more than 250 campaigns this past year for brands like Disney, Red Bull, Paramount Pictures, McDonald’s, and Hankook Tire.

“Miniclip is always looking for innovative advertising technologies that fit with our games. We have high demands when it comes to our various monetization models. In-game advertising is a solution that we think has great potential to become even more important over the next years,” says Sylvia Epaillard, senior advertising manager at Miniclip.