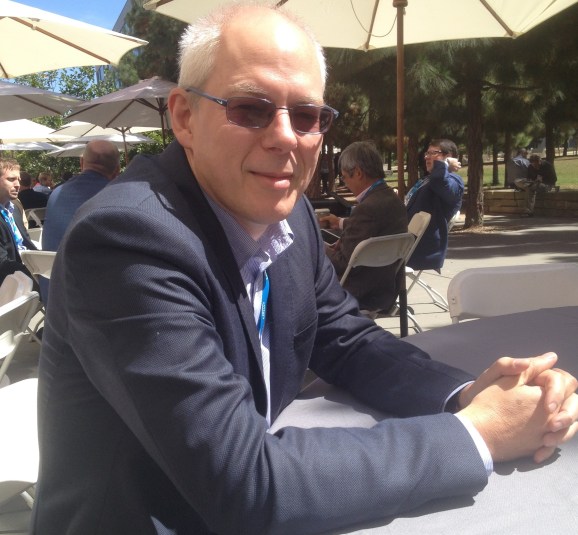 VentureBeat interviewed him at Gigaom’s Structure conference today, where he shared some of his insights into the cloud business.

Our first question: Netflix relies so much on its competitor, Amazon — is that a problem for Netflix?

“Netflix is shutting down its last data center this year,” said Cockcroft. The company’s services are now all hosted in the public cloud, but not just in AWS. Netflix is also using Google Compute Engine.

According to Cockcroft, it’s not an issue for Netflix to rely on AWS. It’s all about how to use the competitor to Netflix’s advantage.

“What Netflix has concentrated on doing is to use AWS better than Amazon.com retail,” Cockcroft said. “And in some way, they are. They have been more aggressively using AWS than Amazon.com and more advanced in the way they use it.”

What are the obstacles for Google Compute Engine to take off?

A company like Snapchat running its infrastructure on Google’s cloud is not enough, Cockcroft said. Google needs to show some big-name enterprise customers if it wants to gain credibility with that market.

However, Cockcroft believes that Google is on the short list of cloud companies to watch. Google has the technology, the scale, and the money. It will eventually get there, but it will take a year or two, he said.

Quite a few smaller players are in the market. Lately, rumors hint that Rackspace is for sale. IBM indicated that it wasn’t interested — so who does that leave as a potential buyer?

If we follow that logic, Rackspace’s buyer might be someone from the telecommunication companies who hasn’t bought a cloud yet.

So, is there some cloud player to watch out for?

Cockcroft thinks cloud provider DigitalOcean is extremely interesting — despite its refusal to focus on the enterprise.

“They are not trying to do enterprise at all. DigitalOcean is absolutely ignoring enterprise, going off to the developers, which is disruptive in the future,” said Cockcroft. “Once you build for developers, enterprises decide oh, okay, we need to do you too.”