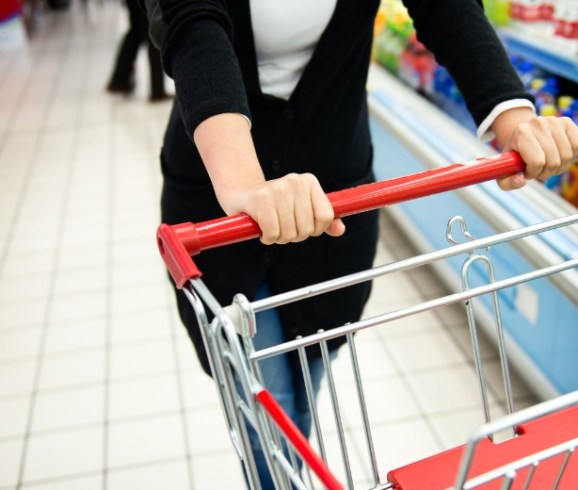 Well, it only took 12 years, but Google has finally given its antiquated shopping system a proper update.

This past April, Google announced that Google Shopping would be coming out of beta and would be made available to all AdWords customers. If you’re using AdWords, you have until August of this year to upgrade your account. This new shopping system is an update to the Product Listing Ads that have been offered for the past two years.

The previous update, rolled out in 2012, that introduced Product Listing Ads was somewhat of a flop. Yes, it was much better than the previous system, Froogle, but it was still hard to manage and relied on older technology. The new system will be a full integration of Google Shopping into your AdWords portal.

However, with recent updates to the Google search algorithm, specifically Panda 4.0, the Google Shopping update has now raised further questions regarding the ongoing battle between Google and the two online shopping behemoths, eBay and Amazon. The search update and the shopping update seem curiously close together. Is there a connection between the two?

I’ll get to that point in a minute, but the more important question is, how will this affect the average business?

If you previously sold goods on Google, you know what a hassle the product listing ads could be. They were built on a system that required numerous steps, many of them redundant, and incorporated offline work with online work (creating CSVs with no graphical interface once they were uploaded). All that is changing.

The new Google Shopping will provide users with a graphical interface that will make inventory management, pricing, and promotions much easier to manage. This will shorten the time it takes to get products in front of the customers and give companies the ability to make changes quickly and on the fly.

The shift to Google Shopping will also allow users to adjust bids on a products on an individual level. It will also provide more data. Soon metrics such as clickthrough rate, max cost per click, impression shares, and rankings will be viewable on a product by product basis. This will allow for fine tuning of campaigns and will provide businesses with the tools to improve their ROI through incremental changes in their bidding practices.

This new data will also allow for smarter decisions to be made based on a product’s performance.  Previously there was a lot of guessing when it came to product listing ads. In a world that is moving more and more towards data analytics, it’s an embarrassment that it’s taken Google this long to provide marketers with the tools needed to make the right decisions when it comes to their advertising dollars.

These tools and improved interface are really to help advertisers keep their marketing dollars within the Google family. If Google can make it easier for businesses to sell their goods right from the search results, then they will have less of a reason to list their products across numerous platforms likes eBay, Amazon, and other shopping sites.

Google’s end game with this update is to take the money out of Amazon and eBay’s pockets and place it squarely in its own. If it can move from being just an advertising company (at its core, that’s what it is) and create a viable solution for shopping, then it will have more control over the customer and their dollars.

Watch to See What Happens

We should know within a few months whether the gamble to become a player in online shopping will work out for Google. The evidence will be in the market share it is able to wrest away from eBay and Amazon. Look for Amazon and eBay to take steps to improve the ease of shopping and their visibility in Google. This will probably cost them more money as they are being forced into buying ads from their competitor, Google, in order to remain relevant in the search results.

As I mentioned earlier, last month there was a Google algorithmic update. Panda 4.0 hit eBay incredibly hard. It caused eBay to lose almost 80% of its organic rankings in a very short period of time. The timing of this update makes it difficult to imagine that it is unrelated to the Google Shopping update, which is a direct move against eBay.

The update was perhaps the first shot fired in a bloody battle that’s about to ensue over the online shopping landscape. But with scenarios that involve online searches, it does seem that Google is holding all the cards. When it can update its search engine and cause its competitor to lose 80% of their rankings, it hardly seems like a fair fight.

Jacob Baadsgaard is the CEO of Disruptive Advertising. He is a passionate digital marketer and entrepreneur with 7 years of enterprise digital marketing experience. Connect with him @DisruptiveAds on Twitter.