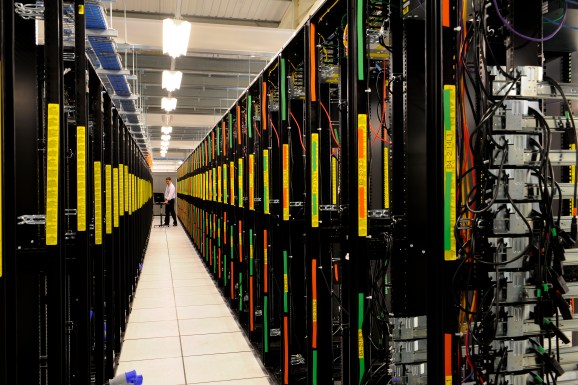 The company understands people like the elasticity of public clouds and the easy management of servers in colocation facilities. So today, Rackspace announced a new service that aims to borrow advantages from both of those computing environments. It’s called OnMetal.

The service skips virtualization, a technology lots of public clouds employ to split up physical servers into many virtual machines (VMs) or instances for running applications. Instead, each person can get a entire “bare-metal” server to use.

“OnMetal is bare-metal servers that can be spun up instantly, in a matter of minutes, just like VMs can,” Rackspace president Taylor Rhodes said today during a talk at Gigaom’s Structure conference. “Unlike VMs in multi-tenant clouds, though, these servers are highly specialized.”

In announcing OnMetal, the company becomes the latest to acknowledge that virtualization doesn’t make sense for every application. The rise of a startup called Docker has proven this, while Google, Red Hat, and others have caught on, too. OnMetal could give Rackspace new cachet among developers skeptical of the virtualization model.

The new servers pack fast solid-state drives for storage and follow specifications from the open-source Open Compute Project. Developers will be able to work with the servers through the application programming interface for OpenStack, the open-source software that Rackspace and NASA originally released in 2010.

Some of the OnMetal servers will be geared toward compute-intensive workloads. Otherws will be optimized for memory and input-output.

OnMetal will become available for anyone to use in July, he said.