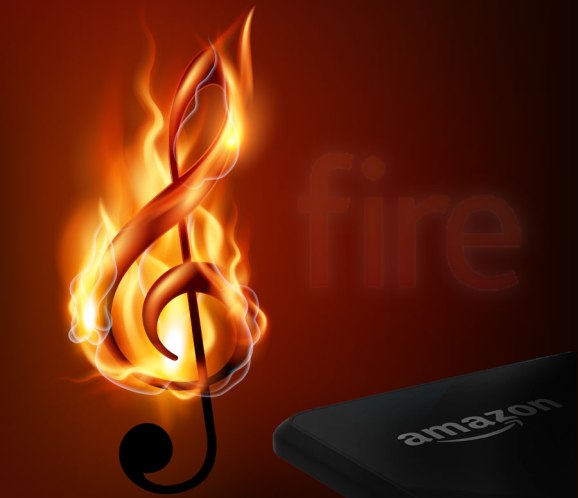 If Amazon truly wants to make a go at taking down Apple as the leader in digital music sales, the recently revealed Fire Phone is definitely a good start.

But the truth is, I’m not even sure that competition — with Apple, Spotify, Pandora, or a dozen other leading digital music services for that matter — is a priority.

Amazon’s head of digital music told VentureBeat last week that the company was “expanding the pie” for music overall and attempting to make Amazon a company people associate with music just as much as they do with books.

Here’s how the Fire Phone is making that happen.

It seems logical to start with this one since Amazon announced it just before the debut of the Fire Phone. Amazon’s streaming service, Prime Music, is similar to that of Spotify, Beats, and Rdio in the sense that you can pull music from the cloud on demand. And while Prime Music’s library of freely available tracks is far less than the aforementioned competitors, its overall library is not. You can still purchase plenty of tracks. But to really sell this service, and by default Amazon as a place you go for music, you needed a branded smartphone.

It also helps that when you buy this smartphone, you get a free year’s subscription to Amazon Prime, which includes the music service. During today’s announcement, Amazon CEO Jeff Bezos even talked about how Prime customers have a good track record for renewing the service (and I would presume also have a good track record for buying more things on Amazon). That’s what the company is trying to do here, except with music consumers. 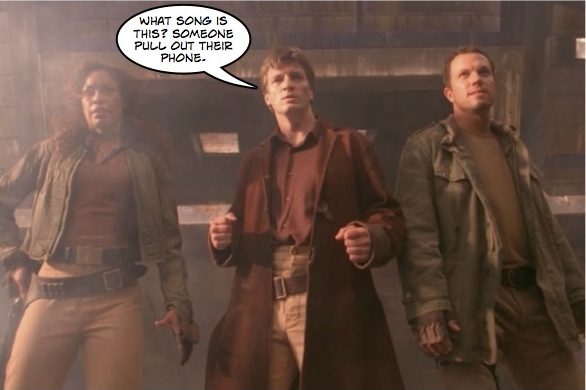 A Firefly that IDs music

One of the biggest draws of the Fire Phone for Amazon is that it has improved the capability to tag objects you might buy while out in the real world. But Fire Phone does this through Firefly, which expands that tagging functionality to music, movies, and TV shows. Using the phone’s microphone, you can ID a song while it’s playing in the background.

This is something Shazam raised $92 million to do and built a business behind, so it’s definitely something consumers will use on the Fire Phone. But Amazon has also tailored Firefly’s song ID tagging to do lots of things that should enhance your music listening experience. Not only does Firefly tag songs, but it also pulls up information about that song like lyrics, purchase price, artist bios, etc.

An open relationship (with other music services)

The Fire Phone also takes song tagging to another level. Amazon has partnered with iHeartRadio so that people can create an entire smart radio station based on a single tagged song. Because Amazon’s strategy for growing its footprint in the digital music space isn’t tied to beating all the competing streaming services, these partnerships help make the Fire Phone a serious music device.

“The new Fire Phone specifically, is a perfect fit for the iHeartRadio platform because of the phone’s innovative features like its gesture functionality and Firefly SDK,” said Clear Channel president of digital Brian Lakamp in an interview with VentureBeat.

He added that the Fire Phone (via the Firefly API) gives the service an opportunity to expand iHeartRadio’s for existing and new listeners, too. 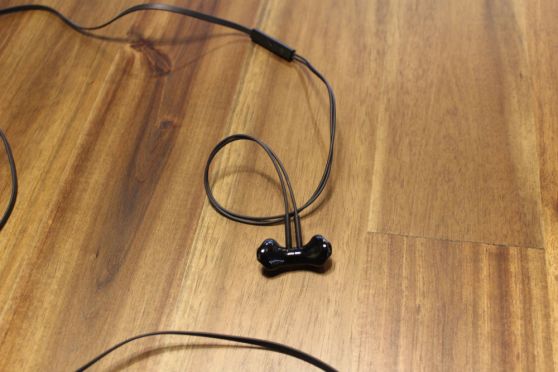 A slick pair of earbuds

One of the more easily identifiable music-related components of the new Fire Phone are its earbuds. As you can see from the photo, they look pretty slick—and Amazon didn’t even need to spend $3 billion on a headphone hardware company, either.

As revealed during today’s event, the earbuds feature a flat cord, which is less likely to get tangled up in “god knots” (aka knots that cannot be undone unless you are the almighty creator of existence). Also the buds have magnets in them so they stick together, which theoretically also helps avoid tangled earbud cords.

Of course, we have no idea if the Fire Phone will change the business of digital music despite all of the points highlighted above. At the very least, the Fire Phone will hopefully force other smartphone makers to upgrade their earbuds and add a handful of useful features for music fans.

But what the Fire Phone will do is make Amazon into a music company — instead of merely a company that offers some music services you barely use.

More specifically, the Fire Phone turns Amazon into a company that focuses on digital music as a primary part of the experience. Before, Amazon’s music strategy took the form of a bunch of cobbled-together apps across iOS/Android/Windows Phone devices that no one was really taking advantage of. (Because, why buy a digital track on Amazon if you can just use iTunes or Google Play on your iPhone/Android phone? Why upload your digital music to Amazon’s cloud if you never use Amazon? You can’t possibly fit the whole library within those 5GB of storage. Etc.)

But even if it doesn’t change the game, Amazon is now offering a music experience that borrows from many others. The Fire Phone helps Amazon compete more directly with Apple and iTunes. Its Firefly feature serves as a replacement for Shazam, and the partnerships with music services like iHeartRadio mean it offers smart radio stations on par with Pandora.

And when you factor in the free year of Prime membership, Amazon is now able to compete with premium music services like Rdio and Spotify with its own paid subscription service — one that’s cheaper and offers far more value.