The past year in mobile has been characterized by downmarket phones, lagging mobile bandwidth capacity, a move toward single-purpose apps, in-app sales, and lots of energy around the burgeoning mobile advertising space. But the bigger picture is the historic shift in usage from the desktop to mobile devices. Global mobile app and advertising revenues for 2013 hit a stunning $38 billion in 2013, according to Strategy Analytics and PwC, and the trend line points steeply upward. Mobile apps alone are on a path to reach $70 billion in annual revenue by 2017, says the investment bank Digi-Capital. With that in mind, here are the biggest, happiest growth and exit stories among mobile startups over the past year.

Ad retargeting, the web magic that lets you see ads around the web for a product you’ve clicked on once, was once just a desktop phenomenon. But AdRoll, has brought retargeting to mobile, and it’s having lots of success. In April the company raised a $70 million round of funding led by Foundation Capital, bringing its funding total to $89 million. The company says it raised the money to “double down” on mobile. With clients such as Zendesk and New Relic, AdRoll claims to have surpassed 15,000 users recently with a $150+ million revenue run rate.

Above: The cartoon mascot for App Annie.

Developers are increasingly dependant on tracking information about the ways people are finding and using mobile apps. That’s App Annie’s specialty, and the company has been showing signs over the past year of strong revenues and accelerating growth. In a sign of the growing importance of mobile analytics, App Annie recently raised another large funding round and acquired one of its competitors, Distimo. Counting the apps and developers that came with the Distimo deal, 270,000 developers and 600,000 apps now use App Annie analytics. App Annie recently took its fourth funding round of $17 million from existing investors IDG Capital Partners, Greycroft Partners, and Sequoia Capital, bringing the company’s total capital raised to $39 million.

We’ll be discussing how you can grow your mobile business just like all of these companies at MobileBeat 2014 in San Francisco on July 8-9.

Appsflyer aggregates traffic for apps from its developer customers through a large network of more than 450 app platforms including Facebook, Appnexus, and Tapjoy. It also does analytics on the installs. The company was founded in 2011. Appsflyer say it’s tracking to deliver almost two billion app installs annually. Appsflyer recently announced a new product for ad agencies, which have been largely shut out of mobile ad placements. Using AppsFlyer, agencies can launch mobile campaigns to help clients build download numbers for their apps, while monitoring costs, installs, and return on investment. The company has been operating with the help of a March 2013 funding round, in which it took $7.1 million from Pitango Venture Capital and Magma Venture Partners. 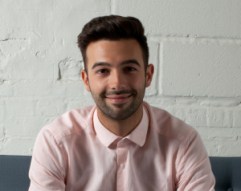 London-based mobile ad agency Fetch, all 70 employees of it, expects to take in $100 million in revenues this year. That would be a 100 percent increase over 2013’s $50 million intake. The company bootstrapped itself into existence in 2009 with just an idea of where the mobile ad picture was going and how to make a strong play in it. Mission accomplished. Fetch has built a mobile ad-targeting platform that actually works, and as such has signed up the likes of eBay, the Finnish gaming company Supercell, StubHub, and Hotels.com.

Flurry started out as a mobile app analytics firm but is now using all the knowledge it has collected to run a mobile ad network. The San Francisco-based company raised a new $12.5 million round of funding last December, bringing its total funding to $62.5. The reason for all the excitement is Flurry’s growing roster of customers. The company said at the end of 2013 that it works with 150,000 companies (most of them app and game developers). And more than 500,000 apps use Flurry’s analytics, with another 20,000 signing up every month, the company says. In 2013, Flurry decided to use the information from its 150 billion app sessions per month as the basis for an ad exchange dubbed Flurry Marketplace. The data helps connect the right advertisers with the right content publishers. The advertisers can offer bids to buy ads in real time and target the exact audience they want to reach.

Above: The HasOffers executive team.

Mobile ad analytics company HasOffers got a $9 million boost from top-shelf VC Accel Partners last May and has been flourishing — with one major setback — ever since. The Seattle-based startup got fired by its biggest partner, Facebook, in February for holding onto customer data for too long. Undaunted, HasOffers, which has 160 employees and did $19 million in business last year, opened an office in Seoul, Korea, where tech giants like LG and Samsung are based, and is said to be killing it there. 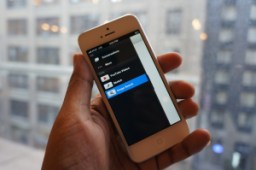 With all the news this year about market leader WhatsApp, it’s been easy to let Kik fall off the radar. But now that WhatsApp’s been taken out (by Facebook), Kik Messenger is once again the top private messenger app developer. Kik gained notoriety three years ago for its speedy platform for sending short texts and photos. It has quickly grown to a massive 100 million registrations, up from 30 million a year ago. The company’s focus on building its own ecosystem of HTML5 apps, called Kik Cards, has proved successful, with more than 145 million of them added since launching last year. The Cards enable Kik users to do things like browse Reddit, doodle, and play games all without leaving its app.

MoPub got in early on the mobile ad exchange business, before the likes of Twitter and Facebook made serious moves into the space.

In fact, MoPub is Twitter’s move into the space. Twitter had tried to home-grow its own mobile ad exchange, but eventually opted to buy, not build. Twitter laid down $350 million in stock for MoPub. MoPub was founded by former AdMob and Google team members and is backed by Accel Partners, Harrison Metal Capital, and Jafco Ventures. Its ad network uses various types of demographic and consumer preference data to match advertisers with like-minded mobile users in real time. And MoPub is making bank for its new parent. Omnicom Media Group, the world’s second largest advertising conglomerate, just signed a $230 million deal to place ads through MoPub over the next two years. 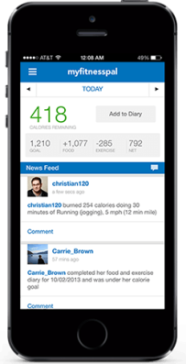 MyFitnessPal is the most downloaded health app in the App Store, with more than 50 million users. The company’s app is designed to help people lose weight by monitoring diet and exercise habits, and it now integrates with most fitness tracker devices, like FitBit. The company was founded in 2005 and was profitable the whole time until taking an $18 million round of venture funding from some high-profile VCs last August. CEO Mike Lee tells me the company addresses one of the worst public health problems — obesity — because a myriad of diseases, from minor to life-threatening, stem directly from being overweight. With healthcare’s new focus on consumer-centered care, MyFitnessPal is looking at ways to combine its data with that of other apps and to transmit it into the healthcare system where doctors can use it to care for patients. In short, the future is bright for MyFitnessPal. 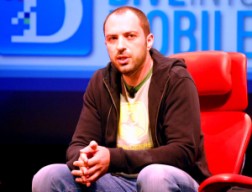 Above: Jan Koum of Whatsapp.

By far the biggest acquisition of a mobile app during the past year was Facebook’s buy of platform-agnostic mobile messaging app WhatsApp for more than $16 billion. This was a massive payday for the young company, but it had racked up an astonishingly large userbase of 450 million users, most of whom are outside the U.S. At first blush, it looked like Facebook wanted WhatsApp to compete against Google Hangouts and Apple’s iMessage. But some believe Facebook sees its next billion members coming from underdeveloped countries, where WhatsApp may be its beachhead.